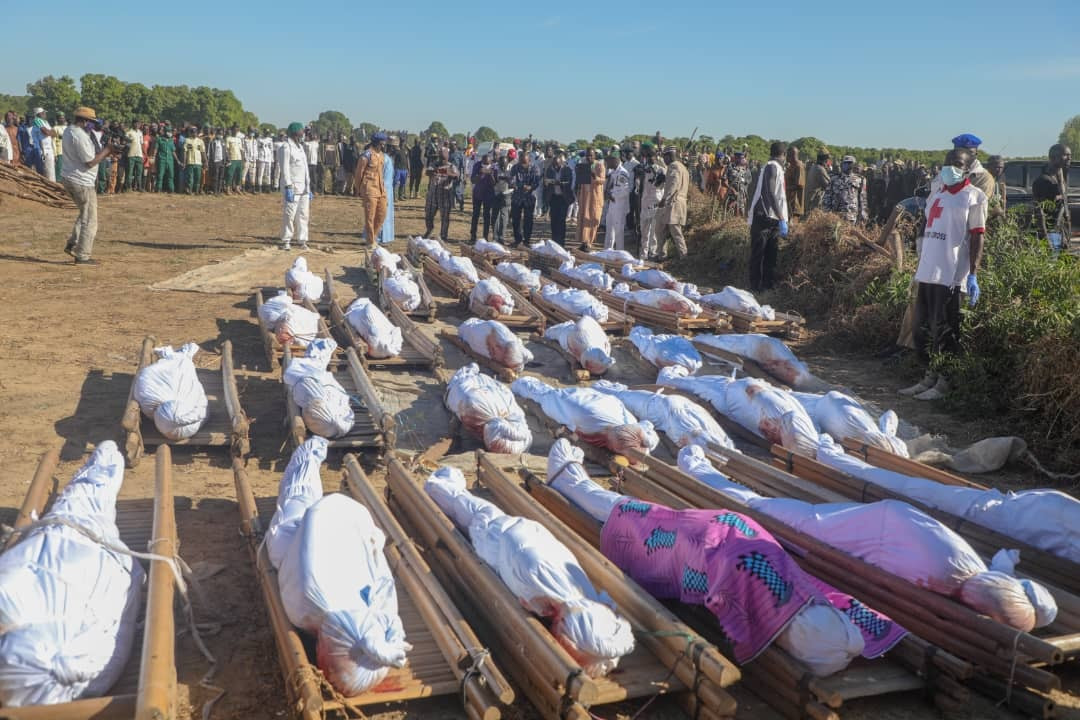 Amnesty International in Nigeria says its findings show that 10 women who were working on Kwashabe rice farm in Borno state are missing.

This comes after 43 rice farmers were beheaded by members of the Boko Haram sect on Saturday evening, November 28.

The group in a tweet posted on Sunday morning, November 29, said of the 43 farmers that were gruesomely murdered, 16 were Internally Displaced Persons.

“Amnesty International’sInternational’s findings show that, of the 43 farmers slaughtered by Boko Haram yesterday, 16 were Internally Displaced Persons (IDPs). 10 women working in Kwashabe rice farm are still missing after the attack,” the group said.

AI urged the Nigerian government to do more in protecting Nigerians and ensure perpetrators are brought to justice.

“Boko Haram and other armed groups must renounce their unlawful and vicious campaign of violence against civilians. The Nigerian authorities, on their part, must do more to protect civilians and bring the perpetrators of all such attacks to justice,” AI said.

Popular Nigerian singer, Falz gets tattoos of his...

‘Don’t destroy the things we will need tomorrow’...