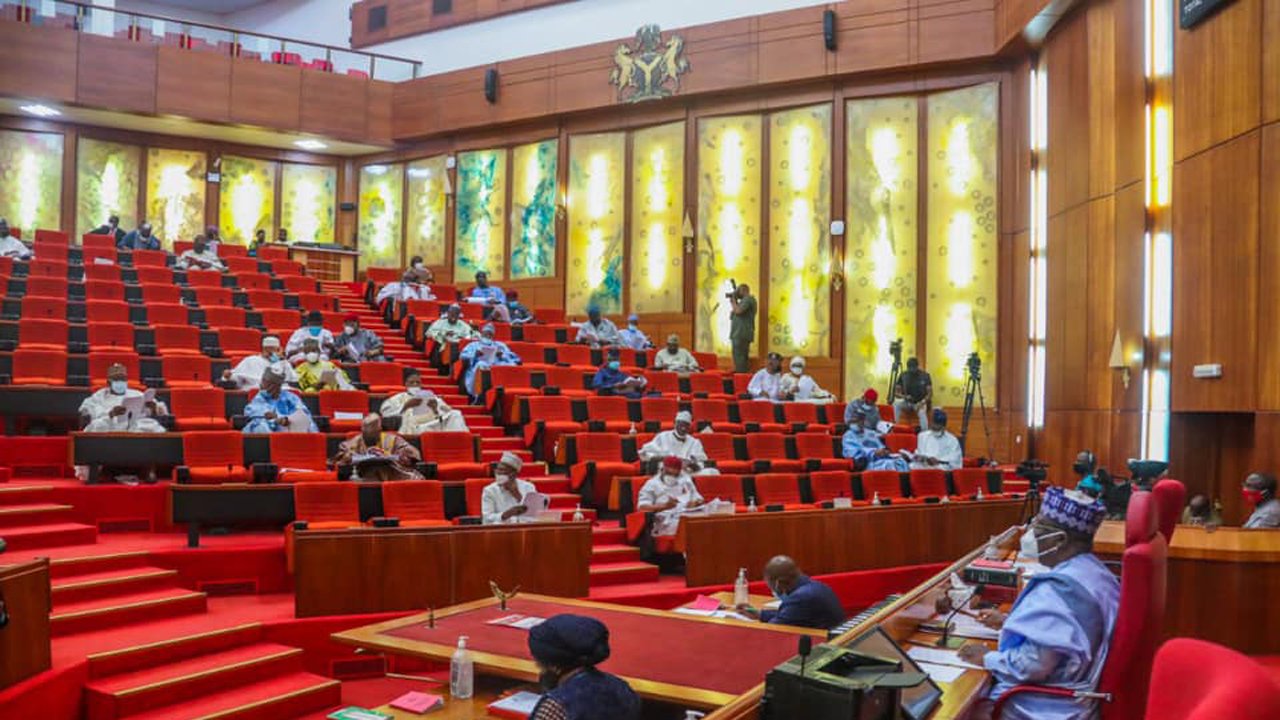 A coalition of Civil Society Organisation under the umbrella of Saving Our Vote has urged the Senate to reject the nomination of partisan and unqualified persons as Resident Electoral Commissioners (RECs) of the Independent National Electoral Commission (INEC) by President Muhammadu Buhari.

Buhari had in his letter to the Senate nominated 19 persons as RECs in line with the provisions of Section 154 (1) of the 1999 Constitution Nigeria (as amended).

While five out of the 19 were reappointed; out of 14 other nominees, four were card-carrying members of political parties that would be taking part in the 2023 polls.

Reading the communique after a roundtable discussion during a press conference on Monday in Abuja, the coalition frowned at the nomination of partisan persons as RECs.

Addressing the press on behalf of the coalition, Mr. Stafford Bisong said the Senate should resist attempts to undermine INEC.

It said: “That the Nigerian Senate should resist the attempt to undermine the institutional independence of INEC in the nomination of partisan and unqualified Resident Electoral Commissioners by President Muhammadu Buhari.

“In order to regain the confidence of the electorate, INEC should look into the composition, integrity and credibility of their ICT personnel in the department. The sudden redeployment of the Director ICT should be reviewed after the 2023 general election to ensure there are no lapses as Nigeria consolidates on the gains so far achieved through the use of the BVAS.”

The coalition also said there was a need to sanitise the Judiciary to reduce the number of upturned and re-run elections emanating from the influence of politicians.

It added: “With a specific mention of the Magistrate Court judgement of the 5th of August 2022 sacking the Abuja Municipal Area Council (AMAC) Chairman of the PDP for having fewer votes than that of his APC counterpart. We implore politicians to awaken in themselves the Spirit of ‘good sportsmanship’ by learning to accept election results in a fair process which has been enhanced by the use of the BVAS in conducting elections by INEC.”

The coalition recalled that INEC had declared Christopher Zakka of the PDP winner of the February 12, 2022, AMAC election, having scored a total of 19,302 votes to defeat Usman Karshi of the APC who scored 13,249 votes.

It said any result contrary to what they observed from the Polling Units to the FCT Collation Centre and announced by INEC in line with the 2022 Electoral Act and as submitted in its reports to the INEC Chairman has been manipulated or forged.

I have fine legs o – Adekunle Gold, Jade Osiberu, react as Falz steps out with mystery woman for date night

Headies: Who thought Anthony Anderson was a good choice – netizens slam organizers over choice of co-host

‘Nobody is fighting for your throne because you’re the Queen’ – James...