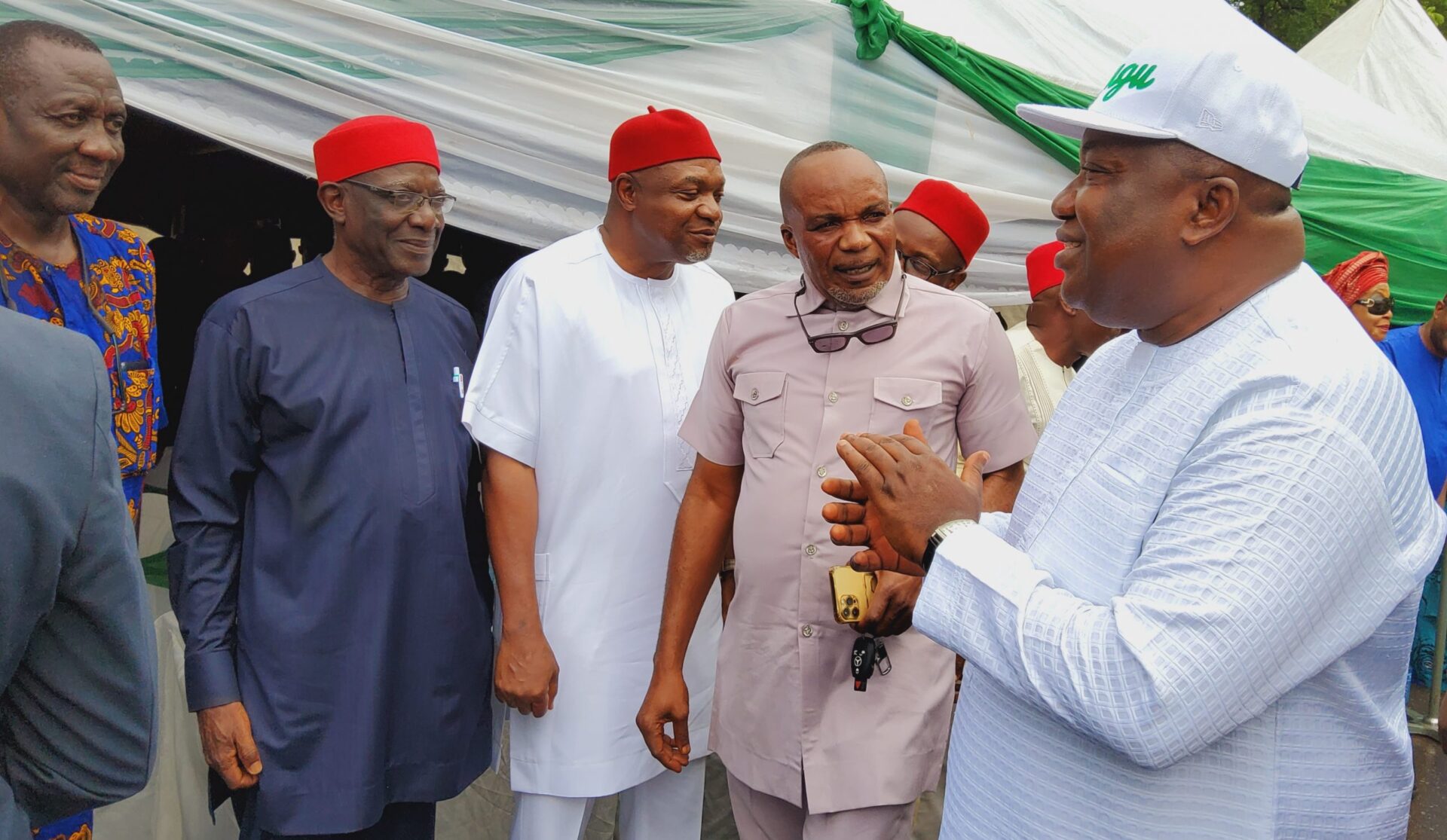 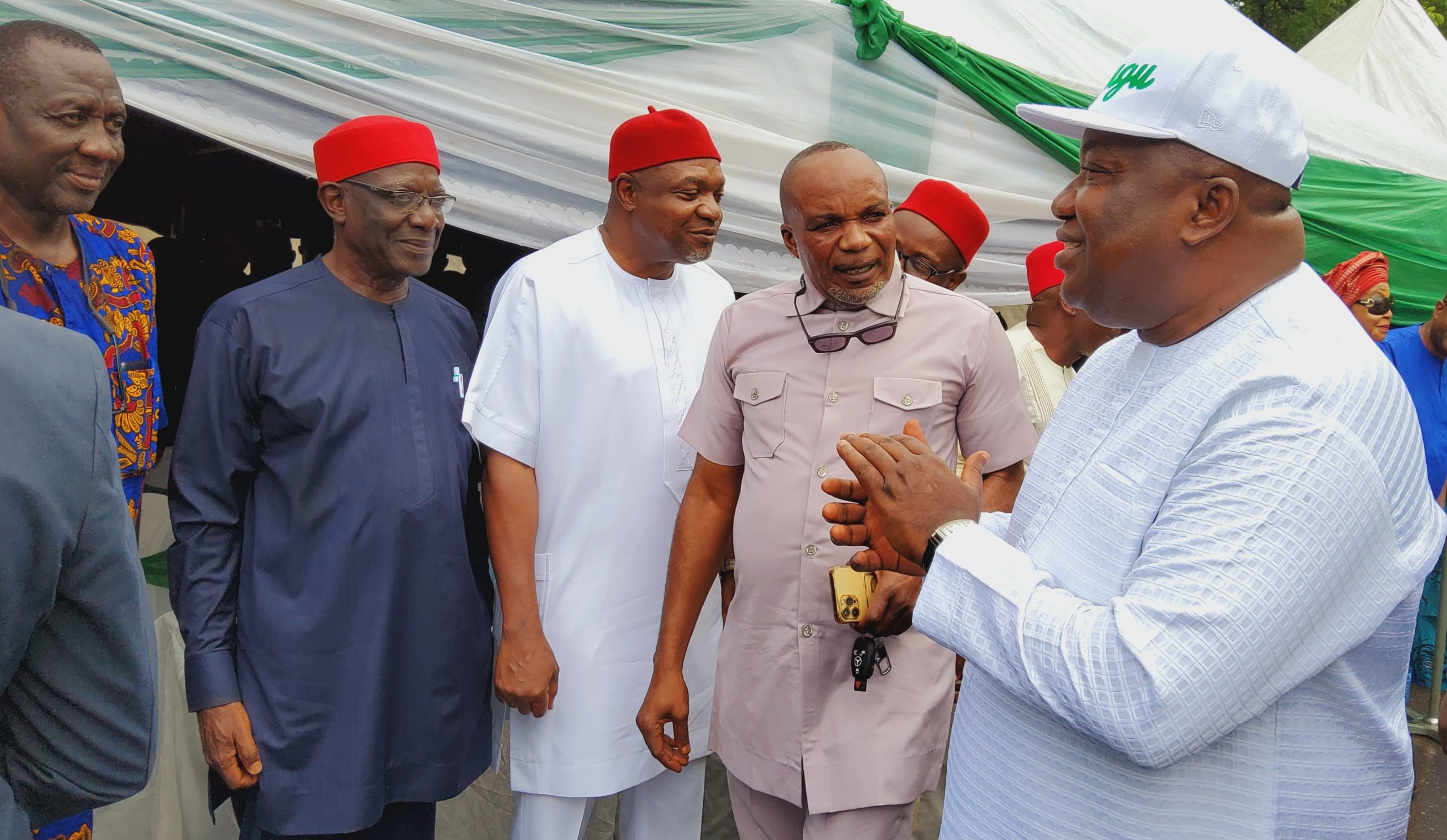 The people of Abor communities known as Ebo-Ne-Sato in Udi Local Government Area of Enugu State have commended Governor Ifeanyi Ugwuanyi for entrenching peace and good governance in the state in spite of the nation’s economic and security challenges.

The people of Abor, led by Hon. Barr. Tahill Ochi and other notable sons and daughters, gave the commendation during their solidarity visit to Gov. Ugwuanyi at the Government House, Enugu, on Sunday.

They appreciated Gov. Ugwuanyi for the regular payment of workers’ salaries, the existing peace in Enugu State and the governor’s love and kindness to them in the areas of earth road paving, erosion control, school infrastructural support, security and political appointments.

The Abor people declared their unflinching support for Gov. Ugwunayi, the governorship candidate of the Peoples Democratic Party (PDP) in Enugu State, Dr. Peter Ndubuisi Mbah and other candidates of the PDP for the 2023 general election.

Presenting the address by the Abor communities, the President-General (PG) of Umuavulu Community, Dr. Nechy Mbaeze, told Gov. Ugwuanyi that the Abor people were at the Government House “to thank you for your good governance in Enugu State,” adding: “Under your leadership, Enugu is now considered as the most secure state in the South East.

“To date, Enugu State is still one of the few states in Nigeria that pays salary as and when due, and is not owing a backlog of unpaid salaries in its civil service.”

Stressing that Gov. Ugwuanyi is “a master of politics without bitterness in Nigeria”, the Abor people also thanked the governor for political appointments he considered for their sons and daughters including “Chief Barr. Tahill Ochi, Chief Barr. Matthew Obodoechi, Amb. Fidelia Njeze, Arinze Chilo-Offiah, Innocent Ugwu.”

The Abor people therefore charged the governor “to remain focused and finish as strong as the available resources of the state can carry you, and ignore the activities of those struggling to distract you from your lawful duties,” adding: “We are aware that some of those that you lent helping hands to, including some in our own community, are probably among them. Please forgive them for they don’t know what they are doing. We know they will not succeed.”

In his goodwill message, Chief Dubem Njeze specifically applauded Gov. Ugwuanyi for his humility, uncommon leadership qualities, endurance and cherished sacrifices he has made to make peace at all times in spite of the enormous powers he has as a governor.

His words: “Your Excellency, you are from the lineage of great men. We know that leadership is never easy and we have never had it so good in Enugu State. I am saying this because I am not good at praising people carelessly.

“We have seen leaders in the past. I know it’s very easy to make trouble but great men are not known for this. Against all provocations, you (Ugwuanyi) always go for peace.

“So, I want to thank you on behalf of Abor people for knowing all your powers as a governor and deciding to make peace at all times.”

The climax of the visit was Gov. Ugwuanyi’s approval of the Igwe-elect of Umuavulu-Abor Community, Chief Paschal Chike Onodugo as the substantive Igwe of the community amid jubilation.

The approval was given after the Commissioner for Chieftaincy Affairs, Dr. Charles Egumgbe, who was present at the event, reconfirmed to the governor that Chief Onodugo was duly elected by the community.

Other speakers at the event, Hon. Barr. Ochi, Chief Ralph Ugwu, Chief Cajetan Ikpa and Chief Onodugo, all spoke in the same vein, expressing gratitude to Gov. Ugwuanyi for entrenching peace and good governance in the state. They described the governor as a good man and peace-maker.

Forgive those responsible for your incarceration – Taraba Speaker tells Nyame

Benue: Terrorists are not giving us breathing space – CAN

“If The #EndSARS Protest Doesn’t Work Then It...