The Zamfara State Commissioner of Police, Mr. Kolo Yusuf has tasked senior police personnel on professionalism in the discharge of their duty.

He warned that any police officer fraternizing with bandits would not go unpublished.

The State police boss directed total compliance to the Inspector-General of Police’s order on exclusion of quasi-security outfits from campaigns and rallies and other political processes.

Yusuf gave the directive when he held a meeting with the Area Commanders, DPOs, Tactical Commanders and other police officers during an extensive lecture and interactive session ahead of 2023 general elections in the State.

During the lecture, the commissioner told his men to ensure that all quasi-security outfits established by various State governments and local communities operating under different nomenclatures were banned from partaking in any electioneering campaign.

He said the outfits had no legal roles under the Electoral Act.

On the social media policy of the Inspector-General of Police, IGP Usman Alkali Baba, the Commissioner warned officers and men to ensure absolute compliance to the directives. 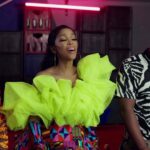 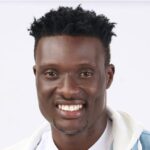