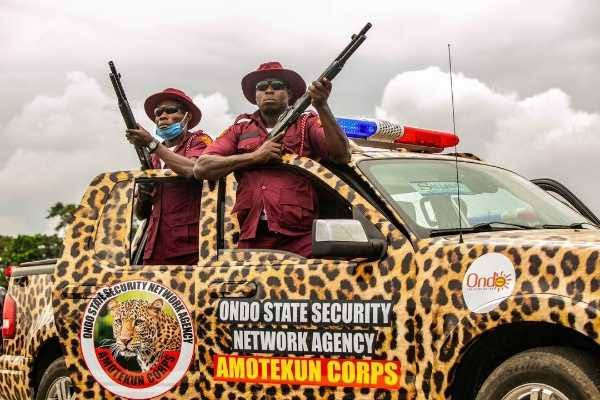 In its ongoing “Operation Clean Up” in the state, Amotekun, the Ondo State Security Network Agency, has detained 400 cows.

Local hunters, he claims, assisted them in apprehending the cows.

He also said that the state government’s order to all local government chairmen to establish a vigilante system was having a good impact.

“We began from the state capital and searched all the dark spots, making over 400 arrests before moving on to the local government regions and concentrating on the state’s northern senatorial district, where we went on a 24-hour patrol,” he added.

“We enlisted the help of local hunters and vigilantes to patrol the forest with our troops. In recent years, we’ve also been able to drive out the bad people. You’ll notice that the majority of kidnapping incidents today occur near the border.

“We’ve launched a search and rescue operation, and we’ve devised security plans to thwart the bad guys’ plans. The Ose local government region has borders with Edo and Kogi states and provides an easy exit. But we’re looking into it,” he said.

We must regulate social media before it destroys...