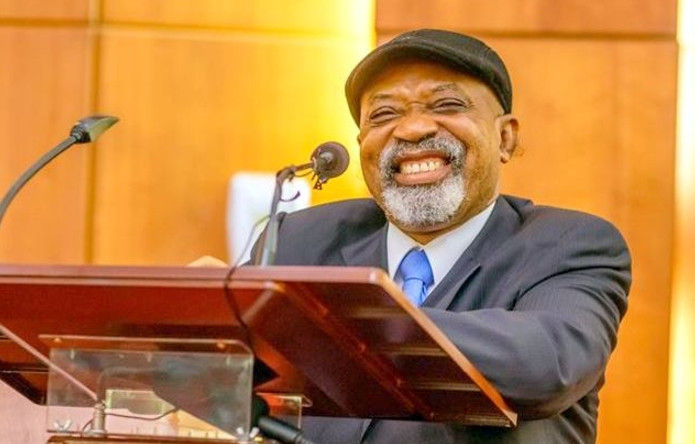 Minister of Labour and Employment, Chris Ngige has lamented that the Academic Staff Union of Universities (ASUU) continuous strike is boosting the ongoing nationwide protests of #EndSARS.

The Minister who said this at the ongoing reconciliatory meeting between representatives of ASUU and government, also affirmed that they are not trying to replace the Integrated Payroll and Personnel Information System (IPPIS) with the University Transparency Account System (UTAS),

Ngige further lamented that the prolonged strike has led to children who are supposed to be in school being recruited into the “#EndSARS, #EndStrike, #EndSWAT” protests.

“For the past one week, we have all been on our toes, we have been meeting and we pray that this meeting will yield some good fruits. We don’t take very great pleasure, to the fact that the children who are supposed to be in school are being recruited into the #EndSARS, #EndStrike, #EndSWAT and all the kind of situations.

“As much as possible, we will try to see how we can meet ourselves halfway, so that we can resolve this crisis to the benefits of all and the country at large.”

The Minister who noted that the government has commenced the process of testing UTAS which ASUU members claimed accommodates the peculiarities of university systems, averred that all the three stages of test will be concluded within the time frame the union gave government.

“We have had the preliminary report and test-run on the UTAS, which is the University Transparency Accountability Solution. We believe that with that, we will be able to get it right.

“Let me make it clear to members of the press, we never said UTAS will replace IPPIS as some of you are reporting, No! The UTAS developed by them is for the University systems and they feel that it captures the peculiarities that are configured to accommodate all the peculiarities of the University systems especially as it affects the Professors and other teaching staff, and even the Non-Academic Staff. That is the situation.

“We, as government feel we are going to put it up for tests – three stages of test. We have done the first stage of test which is within the timeline of six months that ASUU promised. We are going to do other integrity test, Alpha test, Beta test and the one they call roll-over and other whatever test. It is the technologists that know all those tests. But this is the round we are going on now.”