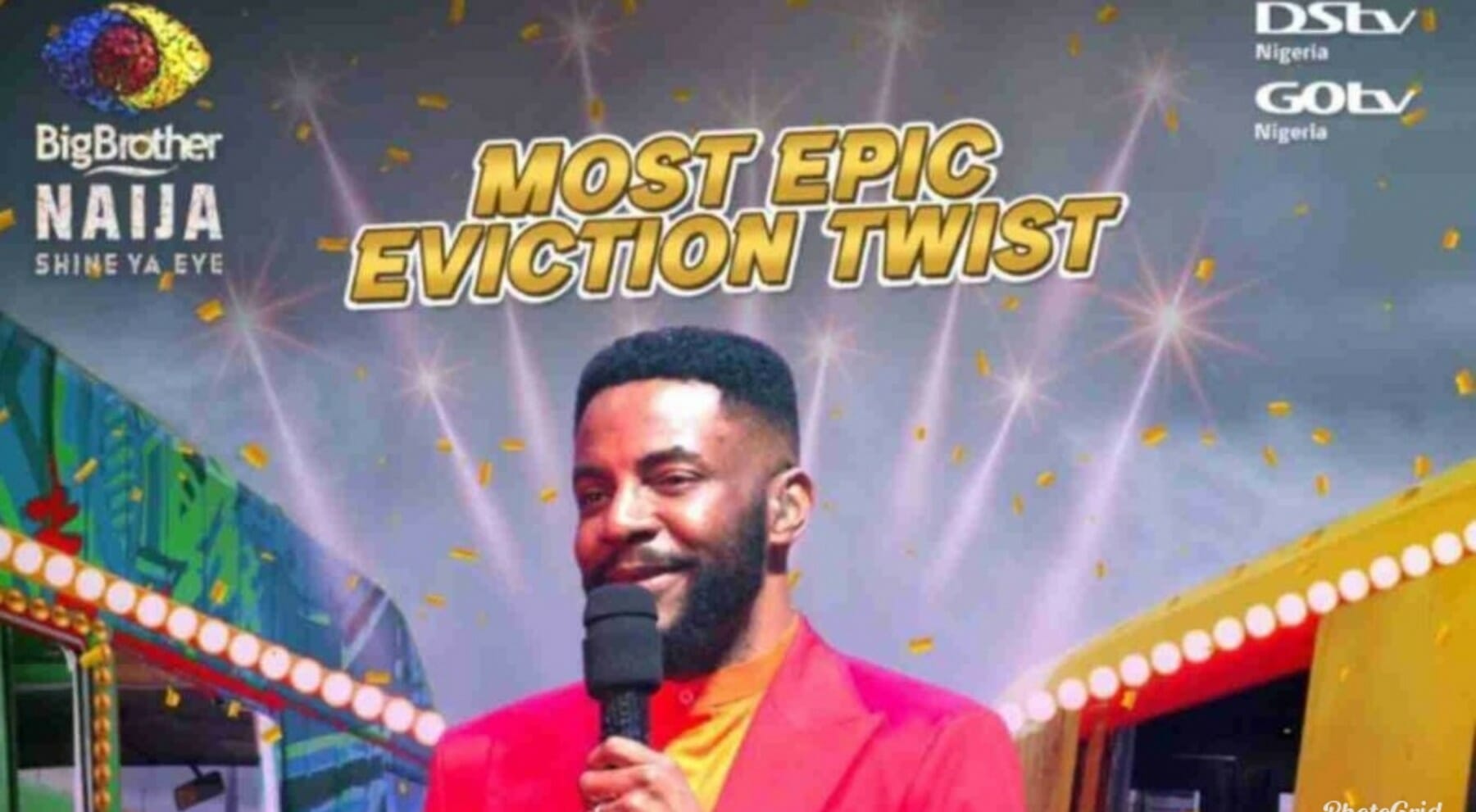 Following the unexpected twist which was introduced on Sunday, organizers of the Big Brother Naija reality show have come under attack.

On Sunday, the creation of Level 3 house for evicted housemates was announced by Ebuka Obi-Uchendu.

Housemates, Doyin, Chomzy and Eloswag who were evicted on Sunday were kept in the Level 3 house and they will be there till at least Sunday, September 18 2022.

He said although they will partake in normal house activities such as diary sessions, tasks and Head of House games upon their return to the main house, they are out of the running to win the N100 million grand prize.

He added that the trio will be referred to as ‘house guests’.

But reacting, fans of the show took to their Twitter to express displeasure over the twist.

Some said the former level 2 housemates who were evicted early in the game deserve the same opportunity.

Here are some comments below:

@TWEETORACLE, ”Level 3 my FOOT. Na Chomzy be the REAL level that Biggie is watching. At this point, it’s hard to argue with all the calls by fans that she’d won some tasks by unjustifiable prejudice. Tonight it all became clear. Shame on you Biggie,”

@fredsneh, ”Big brother giving this evicted housemates screen time and a chance to win sponsored task is really partial and unfair. I have started reasoning that Biggie actually has a bias towards Chomzy. Always favouring that girl. Its tiring..”

@Amchizzy, “Trenches got evicted back to back by production but he reach Chomzy and Elo turn to leave the show they introduced Level 3 for them to bag more wins. Hypocrisy na your mate.”

@QueenEhi, “Production has lost it at this point they will soon introduce a twist where the housemates will be going out to buy pepper.”

@KuukwaV, “You removed every single level 2 housemate with no sentiment,now u creating a new level for what exactly? This is annoying my life.”

@Fatalfemale_, ”The favoritism towards level 1 is clear. Level 2 were almost finished before the merger. Stop shoving these people down our throats and do the right thing. Zero credibility.”

@Ugonnaya2, ”Amaka, Ilebaye, Beauty and Khalid deserve this level 3, more than anyone else. ”

@scarce_moon, ”This is rubbish. Why not use the money you will waste in level 3 and properly feed the others still in the race?”

@Rifogho, ”Big brother, why didn’t Pharmsavi, Kess, Khalid, Ilebaye, Cyph, Christy O get this treatment of Level 3? This is so unfair on Level 2! You have made me more determined! Phyna, Bryann, Groovy and Daniella must all enter Top 5! Walahi!”

@Ugonnaya26, ”What wrong did Amaka do to be kicked out of this show like an outcast within the mid week, meanwhile, someone is being sent to level 3 on eviction day. Biggie, @BBNaija, you people are fraud. You people are now playing politics with this show. Fraudulent show.”

Era of exporting our children abroad must stop...