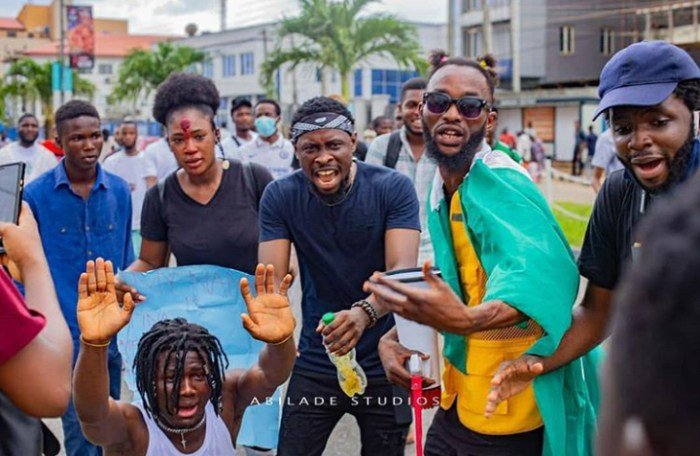 According to unconfirmed reports, Big Brother Naija season 5 reality star, Trikytee allegedly demanded that they pay him 500 thousand Naira as appearance fee to join the #EndSars protest in Bayelsa State.

The report has it that he should be paid the sum before joins the protest despite being from the state, the report remains unconfirmed though.

Trikytee reportedly insisted he’s paid when the organizers of the Bayelsa State protest told him they can’t afford his fees, he also refused to do a video shout out unless he’s paid.

Twitter user, GloryBee shared a conversation screenshot where a user had revealed this, the shot was captioned, “Lmaoo, Tricky tee said we should pay him 500k for appearance fee.. Just to come and lend his voice in #BayelsaProtest“.

It’s however shocking as Trikytee is a rather easy going person as shown during his time in the reality show and he has also been seen regularly at the Lagos state protest.

I wonder why Nigerians accept me despite not...