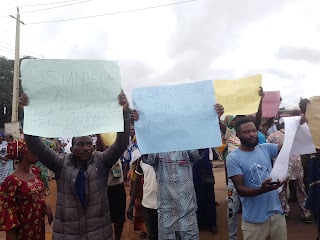 Osunjela community, along the Osogbo-Ilesa road, Osun State, on Saturday, protested the incessant blackout in the community.
The protesters, who were armed with placards showing their grievances against the government and the management of Ibadan Electricity Distribution Company (IBEDC), caused gridlock for motorists plying the busy road.

Part of the protesters’ demand is for the IBEDC to disconnect the community from Ilesa electricity supply line which they described as the cause of the incessant blackout in the community. 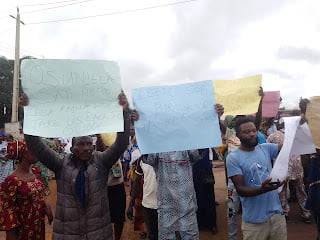 While speaking to journalists, the Chairman of the community, Kazeem Adebayo, said: “We are carrying out this protest to show our displeasure to the Ibadan Distribution Company (IBEDC) which is in charge of the electricity distribution in our community. The way they are treating us is bad and should be looked into.

“Even though we are paying our bills regularly, we don’t get power supply. Sometimes, we will be in blackout for six months and they will be bringing bills. What we need now from the IBEDC and the government is to disconnect the community from using Ilesa electricity; they should as a matter of urgency reconnect the community with Osogbo electricity because our community is very close to Owode-Osogbo.

“These are our demands from the company and the government but if they fail to give the necessary attention to our demand, they should be waiting for the mother of all protests.”

Other protesters described the action of the IBEDC towards the community as sad despite the prompt payment of electricity bills. 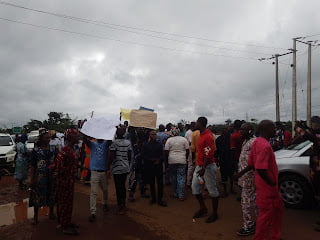 Reacting, Kikelomo Owoeye, the IBEDC Osun Region Senior Communication Officer, appealed to the affected customers in Osunjela community that the inadequate supply was due to some faults.

Responding to DAILY POST on Osogbo on Saturday, she said that, “In view of this, we want to inform our esteemed customers that we have various complaint channels where they can properly lodge their complaints and it will be attended to for resolution. 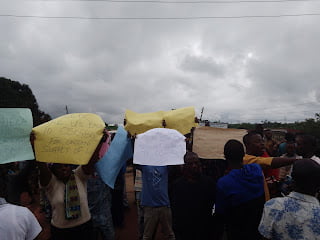 “However, the lines feeding Osunjela passed through thick forest and swampy areas which cause incessant faults that they experience.

“But each time there are faults, our technical team ensures they swing into action to clear the faults.” 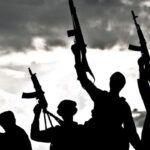 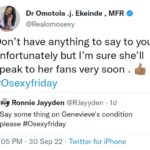