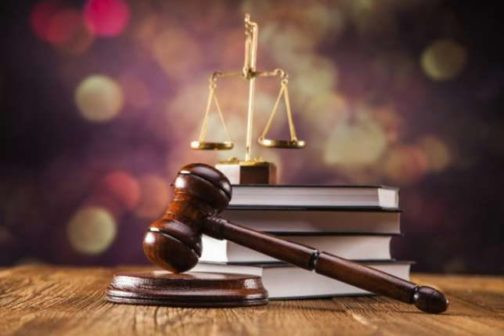 The immediate arrest of Atiku Abubakar, son of Nigeria’s former Vice-President has been ordered by an Upper Area Court at Kubwa in Abuja.

Bashir Danmaisule ordered the arrest of Abubakar, following his failure to comply with a judgment that he should hand over their three sons to his divorced wife, Maryam Sherif.

Sherif had instituted the case against Abubakar at the High Court of the Federal Capital Territory, Gudu, Abuja, challenging the decision of Atiku to deny her custody of her children whose ages range between six and four years.

The case was later transferred to the Upper Area Court at Kubwa and she was granted custody on October 27, 2020.

Sherif’s counsel, Nasir Saidu however applied for the issuance of a judgment-debtor summons for the defendant to appear in court to explain why he did not obey the court’s order and why he should not be committed to prison.

It was gathered that the defendant and his lawyer, Abdullahi Hassan were absent in court.

Saidu who disclosed that he served the summons on the defendant through the Nigeria Customs Service (NCS) where he works on November 3, 2020, also appealed to the court to issue an order for the defendant to be arrested and imprisoned until he complies with the judgment of the court.