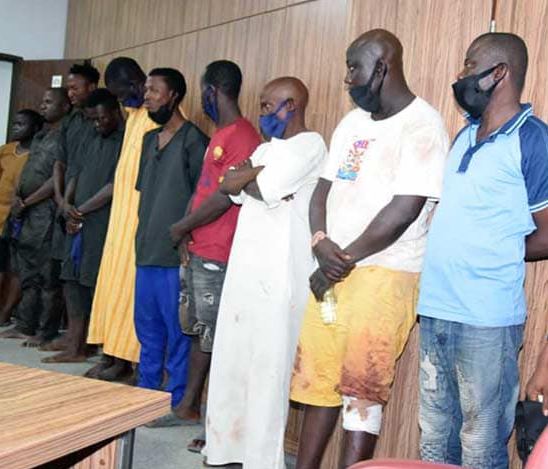 Justice Obiora Egwuatu of a Federal High Court in Abuja has directed the Department of State Services (DSS) to produce the 12 companions of Yoruba Nation agitator Sunday Adeyemo alias Sunday Igboho who were detained during a search on his home on July 2 before or on next Thursday, July 29.

The court issued the decision Thursday, July 23, while deciding on an ex-parte motion filed by Pelumi Olajengbesi, the counsel for the 12 prisoners. He informed the court that Igboho’s 12 companions were detained on July 2 during a DSS raid on his home in Ibadan and have been held incommunicado since then.

In his decision, Justice Ewuatu directed the DSS to present them in court on the next available day so that the court may investigate the circumstances behind their arrest and ongoing incarceration. The DSS must also demonstrate reason why the 12 prisoners should not be freed on conditional or unconditional bail, according to the court.

He then postponed the meeting until July 29.