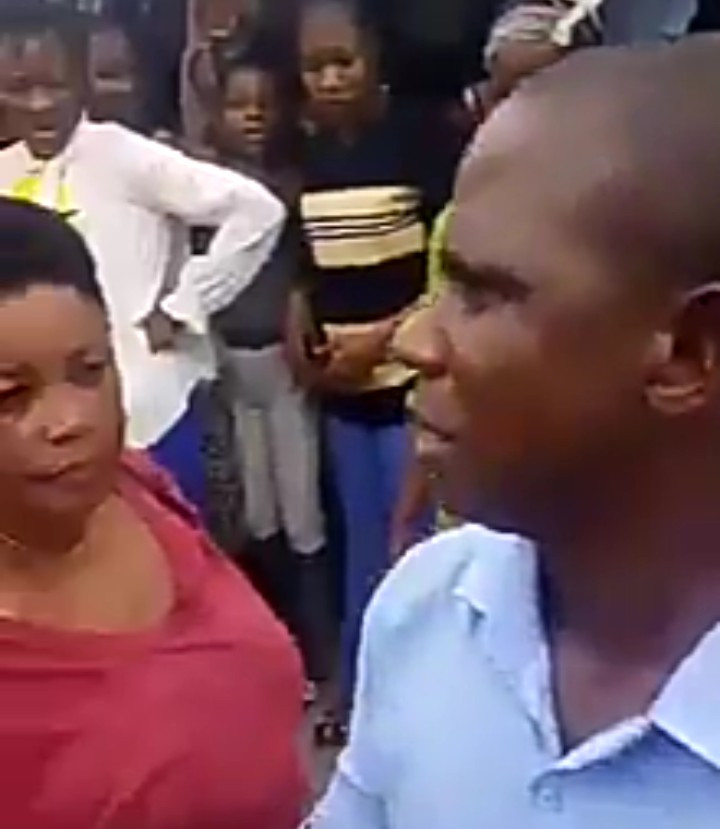 Pandemonium played out in Aba as a crowd gathered around a woman to accuse her of stealing and returning a man’s penis.

In a video shared online, the woman is seen with red marks on her face, neck, and chest, like she had been assaulted.

A crowd gathers around her, making accusations that she approached a man begging him for money and the moment the man gave her money, he felt a shock then noticed his penis had disappeared when he tried to pee.

They claim she later returned the penis after they gathered and threatened her.

However, the woman is seen in the video insisting she didn’t steal or return any penis. She asked the crowd how exactly she returned the penis if she had stolen it.

Despite her denials, they keep insisting she stole and returned the penis.

The man whose penis was allegedly stolen is also seen in a sky blue shirt as the crowd walks with them to a lab.

They explain in the video that they are going to a lab to test and be sure the man’s penis is still functional.

As the woman denies the penis theft allegations, a voice in the crowd is heard threatening to set her on fire.

Instagram comedian, Taaoma narrates how she was allegedly assaulted by a Bolt driver

Twitter user narrates how he was almost robbed by traffic robbers

We have the footage of Lekki shootings –...