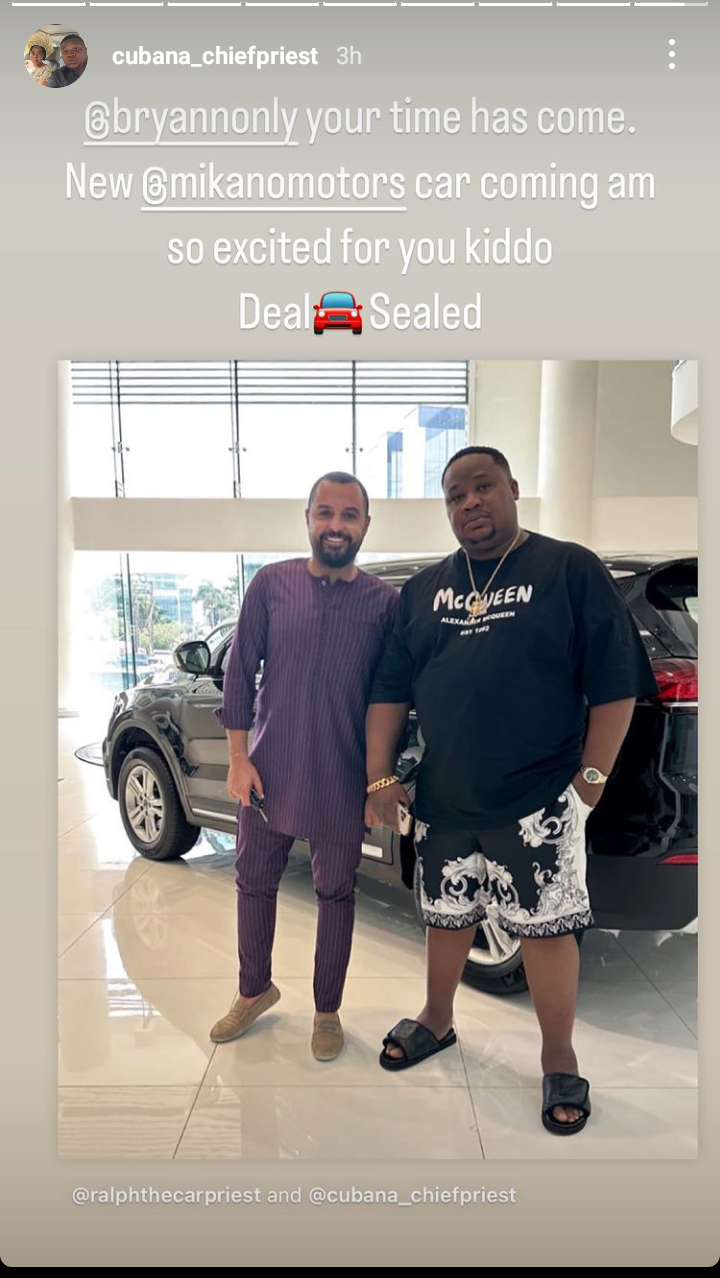 Recall that while in Biggie’s house, Cubana Chief Priest drummed support for the singer and began giving out a whopping sum of N500K to people who voted for Bryann.

Unfortunately for Cubana Chief Priest, Phyna emerged as the winner and Bryann was the first runner-up.

Be it as it may, the nightlife king who is relentless in spoiling Bryann just bought him a new whip.

Sharing the news on his Instagram story, he wrote:

“@bryannonly your time has come. New @mikanomotors car coming am so excited for you kiddo. Deal Sealed”.

He also announced the purchase in an IG post as he wrote:

“Thank you @ralphthecarpriest for the soft landing. My kid brother @bryannonly is Getting a brand new @mikanomotors car”.

Check out the posts below:

This comes a few hours after Cubana Chief Priest took Bryann on a shopping spree and purchased several designer wears and shoes for him. 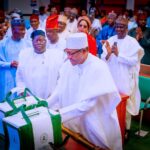 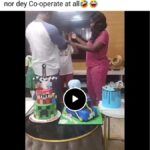