Outgoing governor of Ekiti State, Kayode Fayemi, who doubles as Chairman of the Nigerian Governors Forum (NGF) on Thursday attended his last meeting, where he spoke glowingly of the Vice President, Yemi Osinbajo.

He described Osinbajo who also doubles as Chairman of the National Economic Council (NEC) of exemplary leadership, especially in galvanizing ideas from governors across the federation to foster development.

Fortunately, the meeting was the 127th NEC, and it was held virtually with State Governors, some Deputy Governors and key federal ministers in attendance.

According to Dr. Fayemi, having served in previous NEC and longer than most current members, he can affirm that the VP’s leadership has been outstanding, adding that the Council has never had the kind of leadership that Prof. Osinbajo has provided.

He said he was optimistic that such leadership of NEC would be maintained going forward.

The Vice President also returned the commendation from the outgoing Ekiti State Governor.

On behalf of the NEC, the VP also praised Governor Fayemi especially in his role as Chair of the NGF and noted his “informed and patriotic contributions” to the work of the NEC.

The Deputy Governor of Akwa Ibom State, Mr. Moses Frank Ekpo, also commended the VP’s leadership of the Council and paid tributes also to the outgoing NGF Chairman for leading the Forum so ably. He also thanked the outgoing Council Secretary for a job well done.

The Vice President agreed with him that, indeed, the NEC & NGF are ensuring that the country moves as a nation even more towards a true federation, not just in words but in action.

Meanwhile, the NEC meeting deliberated on the flood disasters prevalent in some states, where they also adopted strategies to step up service delivery in the grassroots and how the flood can be mitigated.

Other deliberations also centred on the Nigeria Centre for Disease Control(NCDC) in relation to COVID-19 and emerging cases of monkeypox.

On Covid-19, experts maintained that the global caseload has remained stable, noting that the high burden of cases in 2021 is comparable to 2022 so far.

Officials of the NCDC equally asserted that the test positivity rate in Nigeria was in the threshold of 16.9% as at 36th week, with no death in the past week, while 6 states returned no testing at all.

The agency, however, noted that trends indicate that COVID-19 cases have increased by 3% across the states & FCT. And that the COVID-19 pandemic is not fully over.

As a way of advisory, the NCDC urged states to commit more testing, including routine testing and frequent testing for health workers, while Private health institutions be encouraged to do more testing.

“Council noted that the NSIA (Establishment) Act, 2011 provides that all appointments of individuals into the Board of Directors “shall be made by the President on the recommendations of the Minister of Finance, who shall consult with the National Economic Council (NEC).”

“Council was also called to note that following the notification of the expiration of the tenures of the Managing Director/Chief Executive Directors, the Honorable Minister constituted the Executive Nomination Committee (ENC) to fill the vacant positions;

“Council then noted that the outgoing Managing Director/Chief Executive officer will expire on the 30th September, 2022,” a statement summarising the presentations at NEC by Laolu Akande, Senior Special Assistant to the President on Media and Publicity, Office of the VP noted.

Meanwhile, Minister of Finance and National Planning, Zaniab Ahmed presented the outcome of the search to fill the positions of NSIA MD/CEO and 2 Executive Directors which are becoming vacant with the expiration of the terms of the current holders.

The names of the nominees were presented, and NEC gave its endorsement to the President for his approval. 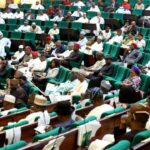 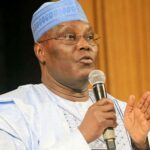