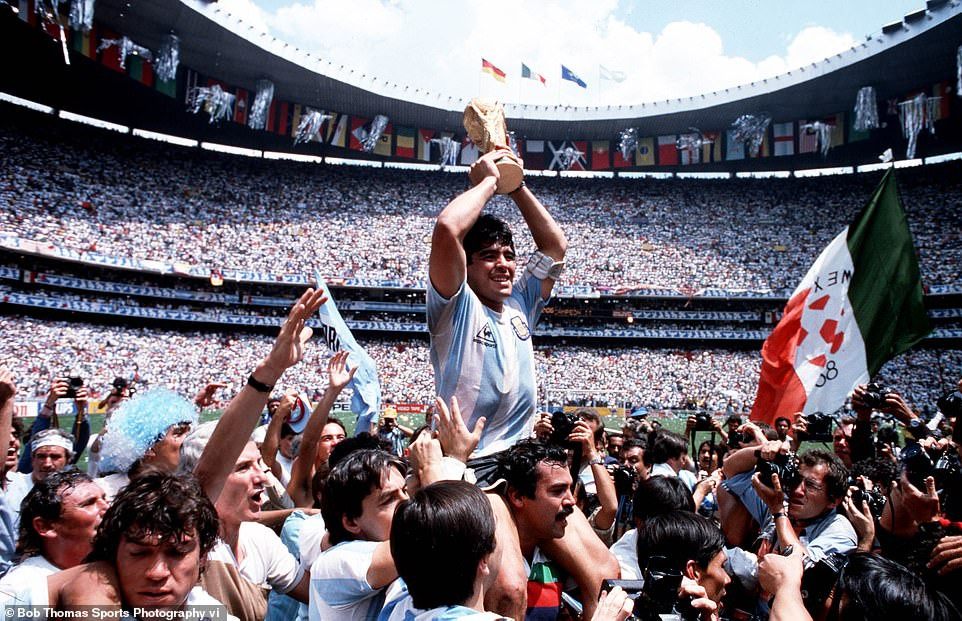 The football world has been thrown into mourning following the tragic death of Diego Maradona.

The Argentina legend, who was the manager of Argentinian club side Gimnasia passed away aged 60 on Wednesday, November 25th, after suffering a cardiac arrest at his home country.

The news comes just two weeks after he left the hospital where he underwent surgery on a blot clot in his brain.

The Argentine FA confirmed the news in a statement on Twitter which read: “The Argentine Football Association, through its President Claudio Tapia, expresses its deepest sorrow for the death of our legend, Diego Armando Maradona.

“You will always be in our hearts.”

Maradona, regarded as one of the greatest footballers of all time, was the inspiration for Argentina’s World Cup success in Mexico in 1986, winning the Golden Ball as the tournament’s best player.

He also led the country to the final of the 1990 tournament in Italy although his international playing career ended in shame when he failed a drug test at the 1994 World Cup in the United States.

He played club football for Boca Juniors, Napoli, and Barcelona among others, and was adored by millions of fans for his football talent.

In 1999 and 2000 he was taken to hospital suffering heart problems, the second time requiring a respirator to breathe.

In 2004, he was again treated in hospital for severe heart and respiratory problems linked to his drug abuse.

He has undergone two gastric bypass operations to control his weight and received treatment for alcohol abuse.

In January, he had surgery to stem bleeding in his stomach, and in July he underwent a knee operation.

Three weeks ago he was admitted to hospital for surgery on a blood clot in his brain, before being discharged to recover at home.

Football clubs and countries around the world including notable figures have paid tributes to the legend.

FG will only regulate social media, not shut it down – Lai Mohammed says

Explosive item found in a primary school in...