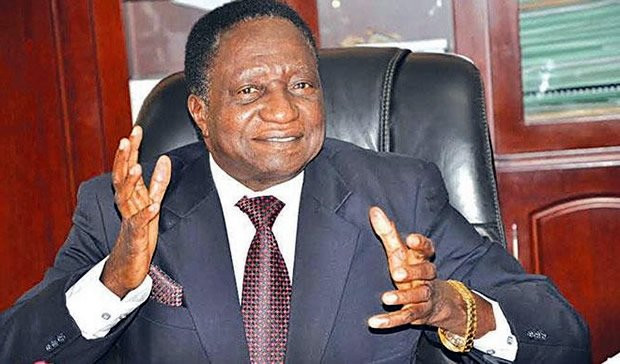 Prof. Dibu Ojerinde, the former Registrar of the Joint Admissions and Matriculation Board (JAMB), was granted bail in the amount of N200 million by a Federal High Court in Abuja.

The Independent Corrupt Practices and Other Related Offenses Commission (ICPC) arraigned Ojerinde on an 18-count charge, marked FHC/ABJ/CR/97/2021, in which he was accused, among other things, of complicity in the diversion of public funds worth over N5.2 billion while he was the Registrar of the National Examination Council (NECO).

Between 2013 and 2014, while heading JAMB, he was accused of awarding contracts for N450 million to Double 07 Concept Limited and Pristine Global Concept Limited for the provision of pencils and erasers, respectively. According to the ICPC, there is no proof that the goods, which are examination materials, were provided since the contractors could not be located.

Ojerinde’s bail application was heard today, July 8, and his lawyer, Peter Olorunnishola, requested that the court give him release under section 162 of the Administration of Criminal Justice Act (ACJA) and section 35(1) of the constitution. The prosecution’s lawyer, Ebenezer Shogunle, contested the bail motion, claiming that Ojerinde had violated the ICPC’s administrative release terms. He said that the defendant declined to bring his family members for questioning, despite the fact that this was one of the bail terms.

Justice Obiora Egwuatu, the presiding judge in the bail application, said that there is no evidence before the court to show that the defendant jumped administrative bail or would intimidate witnesses.

“A bail of N200 million is granted to the petitioner, along with two sureties in the same amount. The sureties must be Abuja residents with valid identity and three years of tax payment proof.

One of the sureties must be a professor at a federal institution, with documented proof of professorship, letter of appointment, and staff identification card.

The second surety must be a property owner in Abuja’s federal capital territory (FCT). The structure must be covered by a certificate of occupancy, which will be filed with the court’s registrar.

The sureties’ homes will be confirmed, and photos of the houses with the street name and number will be displayed,” he added.

The court also ordered that the defendant’s international passport be collected from another court in Niger state, where he is also on trial, and placed with the federal high court’s registrar.

Burna Boy apologizes after being called out for his tweets about Obigbo...