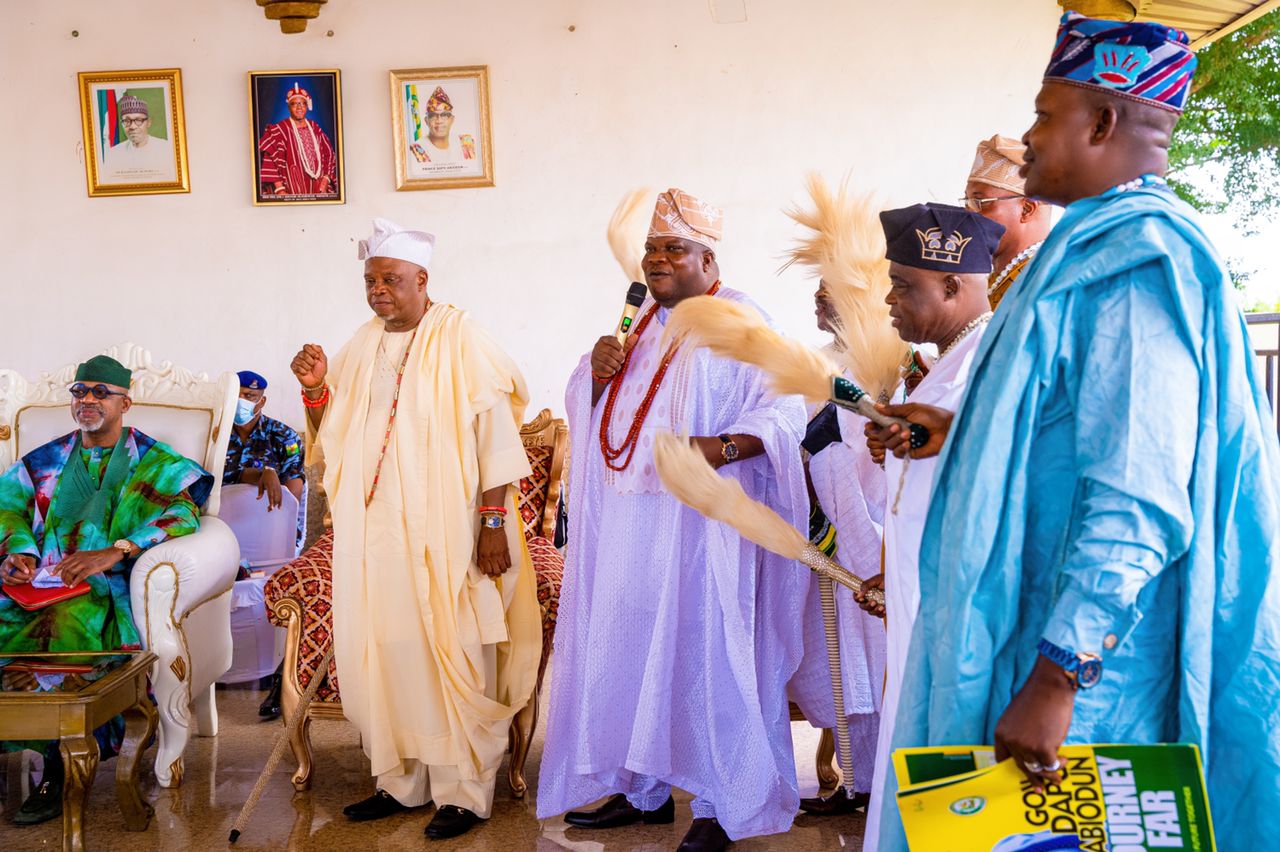 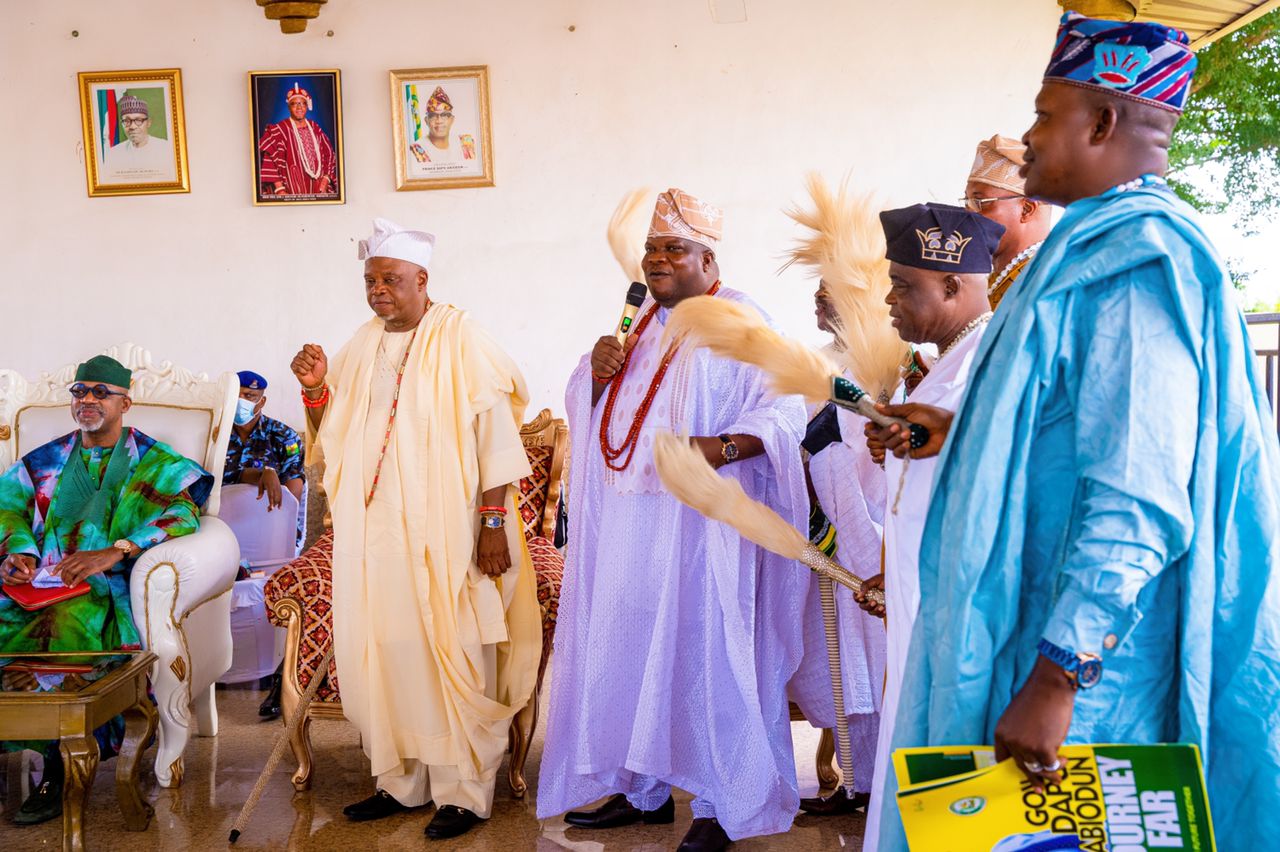 Traditional rulers in Ogun West have appealed to Governor Dapo Abiodun to execute what they called capital projects in their region as he had done in other zones of the State.

The Obas, under the aegis of The Trusted Royals, made the appeal while endorsing Abiodun’s second term ambition at a meeting held in Joga Orile, Yewa North Local Government Area of Ogun State.

The Obas, who are 45 selected ones out of the 57 monarchs currently in Ogun West, said they had seen the cargo airport in Iperu area of Ogun East and the water project going on in Ogun Central, urging Abiodun not to forget Ogun West in the distribution of his capital projects.

The Coordinator of The Trusted Royals and Eselu of Iselu, Oba Akintunde Akinyemi, while speaking at the gathering, commended Abiodun for his efforts in reaching out to all the nooks and crannies of Ogun State.

Oba Akinyemi, however, requested for the completion of all ongoing projects in Ogun West, while begging Abiodun for a project that would put the region on a par with Ogun Central and Ogun East.

“Your Excellency, we have seen all the roads you are doing in Ogun West and I must commend you for that. But, I have a personal demand. The last time President Muhammadu Buhari came to Ogun State, he was in other zones, but not in Yewa, to commission capital projects.

“I have been to the cargo airport. Your Excellency, you have done extremely well. We are so proud of you. That’s a magnificent project. In Ogun Central, I have seen the multi-million dollars water project across Abeokuta metropolis.

“Mr Governor, my only appeal today is to give us a capital project in Ogun West; a project that would be a surprise to everybody that sees it. We are happy with you, and that’s why Obas from far and wide gathered here to receive you within just two days’ notice,” he said.

Eselu also charged Gov Abiodun to industrialise Yewa North, saying the Local Government is blessed with limestone; this he said, would create jobs for the teeming jobless youths in Ogun and Nigeria as a whole.

Speaking on the ‘Yewa for Governor’ agenda, Oba Akinyemi maintained that the dynamic of the popular “Yewa lokan” mantra must change, saying critical stakeholders must be engaged for Ogun West to get to the gubernatorial seat after Abiodun’s tenure.

“We all are with you. We are in support of your administration. We are passing a vote of confidence on your administration and we are still appealing to you that you should declare a state of emergency on all the projects in Yewa land, so that your Commissioners will have something to campaign with,” the monarch said.

In his words, the governor appreciated the royal fathers, who have all pledged their loyalty to his leadership.

According to him, the endorsement, which he described as a vote of confidence, is a soothing balm to the distractions of his political opponents.

Abiodun assured that he would ensure the completion of all ongoing projects in Ogun West, while stating that contractors not doing well may have to be changed.

The Ogun helmsman said the cargo airport in Iperu was not initiated by his administration, saying it is only being completed by his government.

He promised to be equitable, inclusive and accountable, asking the traditional rulers to support him with their prayers.

He posited that there is hardly any infrastructural project in Yewa land before his administration came on board, adding that he had constructed roads and many other projects in Ogun West.