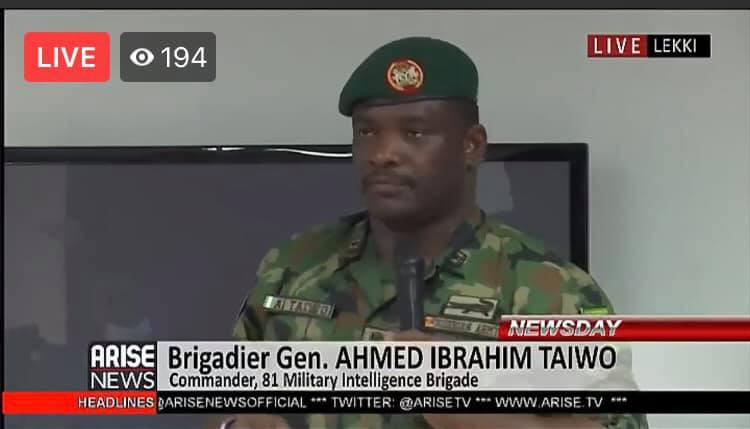 Brigadier-General AI Taiwo who was one of the army officials listed to testify before the Lagos judicial panel, has stated that Governor Babajide Sanwo-Olu invited the Army in the #EndSARS crisis.

The Commander 81 of Military Intelligence Brigade who disclosed this on Frday November 14, at the resumed sitting of the Lagos state judicial panel, also gave a brief background of the crisis.

According to Taiwo, Governor Babajide Sanwo-Olu invited the Army to intervene after the
#EndSARS protest degenerated to violence.

This is coming after the Lagos State Governor denied having a hand in the deployment of soldiers during the protest.

Yakubu Gowon denies UK parliamentarian’s allegation that he fled Nigeria with ”Half...