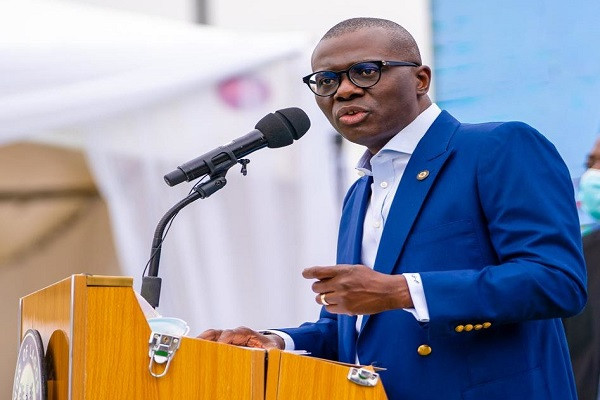 The killing of a 14-year-old girl in Ojota during the Oodua Republic Mega Rally on Saturday has prompted Lagos State Governor Babajide Sanwo-Olu to order an investigation.

Recall that a young girl was discovered dead at the rally site in Ojota, with claims that she was killed by a stray bullet, a claim that was refuted by the state police command, which stated that the corpse was not fresh and appeared to have been wounded by a sharp object.

Sanwo-Olu commiserated with the deceased’s family in a statement released on Sunday by Moyosore Onigbanjo, the State Attorney-General and Commissioner for Justice, and ordered a thorough investigation into the death.

The following was part of the statement: “The death of a 14-year-old girl in Ojota during the Oodua Republic Mega Rally on Saturday, July 3rd, 2021 has drew our attention.

“We send our condolences to the deceased’s family. Mr Babajide Sanwo-Olu, the Governor, has ordered a thorough investigation into the death. In accordance with sections 14 and 15 of the Coroners’ Systems Law, Laws of Lagos State 2015, a coroner’s inquest has been sought to establish the cause and circumstances of death.

“‘A report of death shall be made to any of the agencies for the report of death or the office of the Coroner and be subject to post-mortem examination where there is reasonable cause to believe that the cause of death was: violent, unnatural, or suspicious,’ says Section 14(1) (d) of the State’s Coroners’ System Law.

“Sections 15(1) and (9) also require the Coroner to hold an inquest if he or she is informed that the deceased person’s death occurred in a violent, unusual, or suspicious manner, or if the Coroner believes an inquest is necessary following the report of a reportable death.

“The security and well-being of citizens are of paramount importance to us as a government. The state assures the public that all efforts will be made to determine the cause of death. The findings of this investigation will be made public as soon as possible, and anyone found guilty will face appropriate punishment.”

TB Joshua gave me money after I won...