Controversial singer, Habeeb Okikiola, better known as Portable Omolalomi names himself the ‘highest paid’ after witnessing a money rain during his concert in Paris, France lately.

Portable who appears to have been touring several countries recently; from Egypt to Ghana and now France took to his Instagram page to share a video of himself showing off foreign currencies generated from his concert.

The Zazu star in the video described himself as the ‘highest paid’ while singing one of his newly released tracks, ‘Azaman‘.

Recall that Portable got mocked by netizens over the low turnout witnessed in his concert in Cairo, Egypt. The crooner who wasn’t deterred by this development still headed to other countries such as Ghana where he performed before a large audience and as usual went wild in the course of his exhibition. 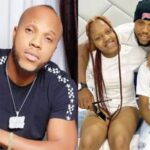 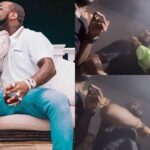