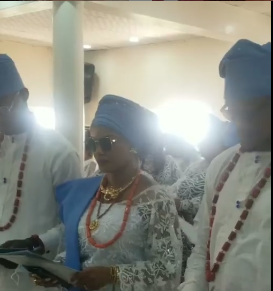 The funeral service for Iyabo Ojo’s mother held on Friday, Nov 27, days after her death.

Mrs Olubunmi Victoria Fetunga passed away in her sleep in the early hours of Saturday, November 21, 2020, Iyabo Ojo announced.

She was laid to rest at Ebony Vault Cemetary, Ikoyi, Lagos State.

Speaking at the event, the actress said she’s certain her mother has gone to rest. She thanked those who attended for their support.

‘Nobody is fighting for your throne because you’re...