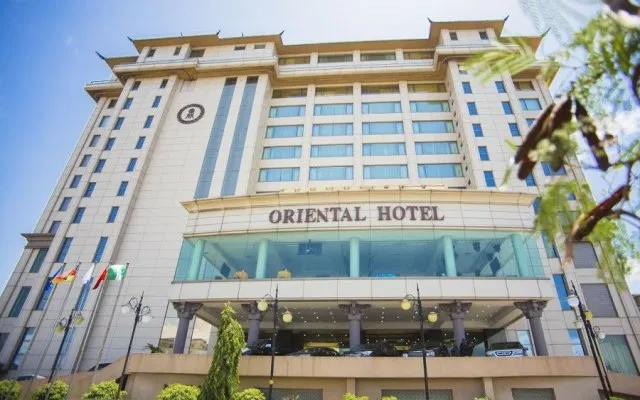 The denial came after an attack on the Lagos Oriental Hotel, during which armed hoodlums with guns, knives and bottles, forced their way in, assaulted some security personnel and damaged properties because they assume that the hotel is part of Mr. Tinubu’s investments.

In a statement released by the management of WEMPCO, the parent company of Lagos Oriental Hotel, the Managing Director, Mr. Lawrence Tung, noted that “Like other responsible businesses operating in Nigeria, Lagos Oriental Hotel is hopeful that closure will be brought to cases of injustice and police brutality identified by protesters across the country.

“It is however important to protect our businesses from unwarranted attacks by individuals who are not aware of the facts around our existence”, he said.

There have also been rumours that there were snipers on the roof of the hotel, shooting at protesters and that the hotel switched off its lights to give cover to soldiers that allegedly shot at several protesters on 20th of October 2020.

The company has stated emphatically, that there was no sniper on the hotel roof, neither did it switch off any lights to give cover to anyone.

“We have never had snipers anywhere on our properties. What we have on our hotel roof are AC vents, that is all. Those were the pictures being circulated as snipers.” said Mr. Tung.

Lagos Oriental Hotel is owned by the WEMPCO Group with 99% shareholding. The WEMPCO Group of Companies was founded by businessman and entrepreneur Mr. K.F. Tung over fifty (50) years ago. Mr. K.F. Tung himself passed on in 2019, but his family continues to own and manage the business.

The hotel is a flagship in the Nigerian hospitality business but is not a flagship of the WEMPCO Group. It is an investment made by the Group in 2008, but not part of their core manufacturing business.

The company also noted that as a firm believer in the future of Nigeria and its youth, WEMPCO Group provides jobs for over 25,000 young Nigerians, affording them the opportunity to earn a living and gain useful experience.