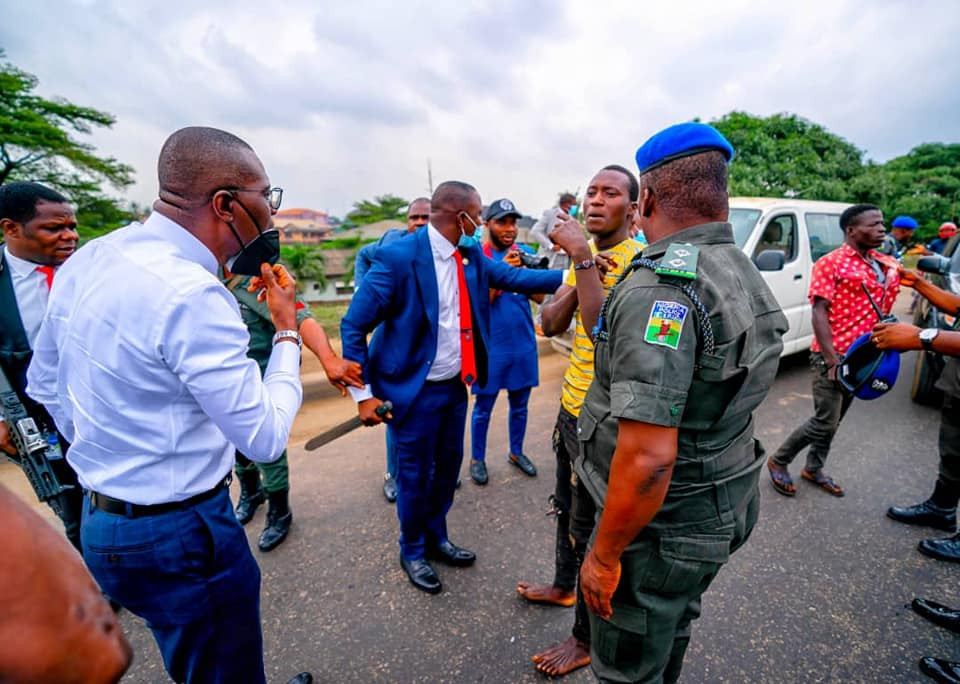 Mr. Babajide Sanwo-Olu, the State Governor, has personally apprehended a group of alleged criminals who specialise in harassing vehicles and road users in traffic.

The group of alleged thieves met their demise on July 12 while trying to terrorise a vehicle near Ojota in the direction of Alausa.

The driver, however, received assistance when Governor Sanwo-entourage Olu’s arrived on the scene to rescue him from three machete-wielding thugs who were attempting to pull him out of his car.

The Governor’s security team swooped down on the culprits, seized the deadly weapons from them, and detained all three.

On Thursday, June 10, Governor Sanwo-Olu stated there would be no hiding place for criminals in the State while handing over security equipment bought by the Lagos State Security Trust Fund (LSSTF) to the Inspector General of Police, Usman Alkali Baba, for use by the Lagos Police Command.

After his security forces apprehended the three machete-wielding criminals, Governor Sanwo-Olu said the operation was a message to other criminal elements and potential traffic robbers in Lagos that there is no safe haven for crime in the state.

A total of 105 bikes were seized during the operation, which lasted several hours, compared to 201 motorcycles impounded the week before.