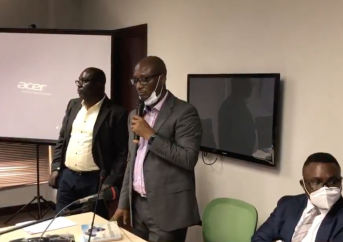 The Managing Director of Lekki Concession Company, Abayomi Omamuwasan, yesterday told the Lagos State Judicial Panel of Inquiry on Police Brutality and the Lekki shooting incident, that the surveillance camera at the Lekki toll plaza stopped recording at about 8pm when gunshots were fired at the #EndSARS protesters on October 20.

He said the recording stopped due to network issues at the plaza at the time of the incident.

Recall that men in military uniform stormed the place and fired gunshots at the protesters. There are conflicting reports as to the number of casualties at the scene of the incident.