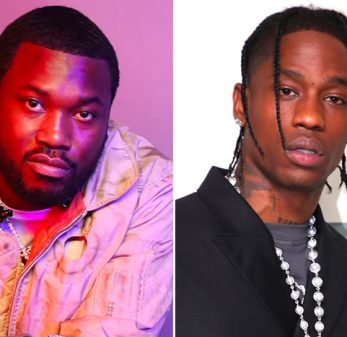 According to Page 6ix, the rappers got into a heated verbal altercation on Sunday at 76ers co-owner Michael Rubin’s “White Party” in the Hamptons.

Meek Mill was allegedly “thrown into a frenzy” after their argument and could be heard screaming at Travis Scott long after he walked away.

However, before things got any worse, the two were separated, according to the report.

The cause of the heated argument, which reportedly happened about 1:30 a.m. and ended the party, is still unknown.

Meek and Travis have never had any previous feuds or disputes. Since the event, neither has spoken anything about it.

Erica replies troll who labeled her as a...