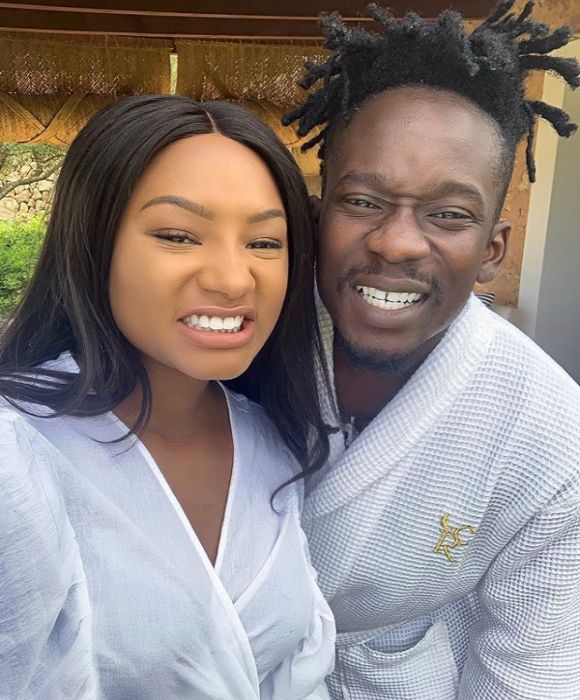 The relationship between Mr. Eazi and actress and billionaire daughter Temi Otedola seems to be waxing stronger as they couple often display their romance in the open.

Both Temi Otedola and Mr Eazi have been spending some quality time together in Ghana since Christmas after Temi flew in to be with him after Mr Eazi was robbed.

On Jan 22, Temi Otedola took to her Twitter page to complain about a mosquito bite she got on her face.

Few minutes after she made her tweet, her man, Mr. Eazi commented that the Mosquito was attracted to her beautiful face because she is ”too sweet”.

See their tweets below.

Icons gift BBNaija winner, Laycon, a Benz on his birthday