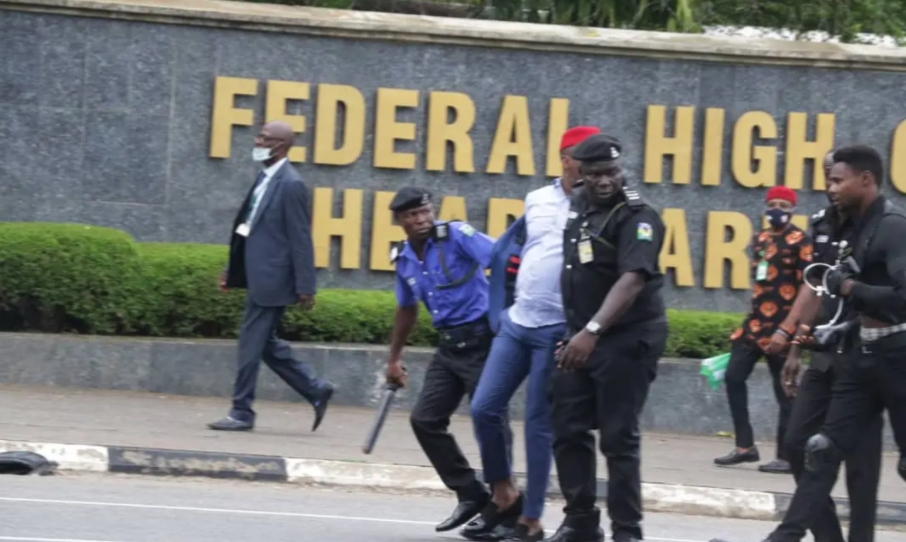 Omoyele Sowore, the convener of the Revolution Now Movement, has been freed after his detention at the Federal High Court in Abuja on Monday morning.

Sowore was detained after being barred from entering the courtroom during the trial of Nnamdi Kanu, the leader of the Indigenous People of Biafra (IPOB).

Around 10:30 a.m., the Sahara Reporters Publishers informed his Whatsapp contacts of his detention. The message was as follows:

“I was recently detained at the Federal High Court by Nigerian police. Police officers thrashed him and he was brought to the Federal Secretariat police station.”

“I’ve been given permission to go.”

Court adjourns Nnamdi Kanu’s trial till Oct. 21 as DSS fails to produce him in court

If we keep our promises, APC will retain power in 2023 – Babtunde Fashola says

DSS confirms arrest of its officer who shot...