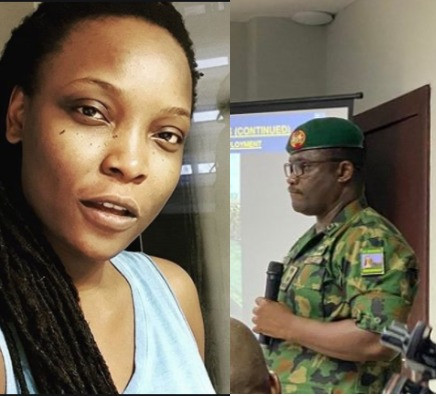 The Nigerian Army has denied reports that it has begun a search for Disc Jockey, Obianuju Catherine Udeh, popularly known as DJ Switch, who shared Instagram live videos from the Lekki tollgate during the pandemonium that rocked the EndSARS protest on October 20.

Testifying before the Lagos state Judicial Panel of Inquiry to investigate cases of police brutality in the state as well as the Lekki shooting incident, Commander of the 81 Military Intelligence Brigade, Brigadier General Ahmed Taiwo, said the claims were “further from the truth”.

“DJ Switch claimed the Army was looking for her. Nothing could be further from the truth. We have bigger fish to fry. That is, how to stabilise Lagos.” Taiwo said

After the October 20 incident, there have been speculations that the military is in search of Switch. There have also been reports that she fled the country following threats to her life.

While her whereabouts remain sketchy, Charles Abi, the personal assistant to the singer, Peter Okoye a.k.a Mr. P, granted an interview where he stated that DJ Switch is safe and out of the country. Read here. He however did not reveal the country she fled to.

CBN gets court order to freeze accounts of...