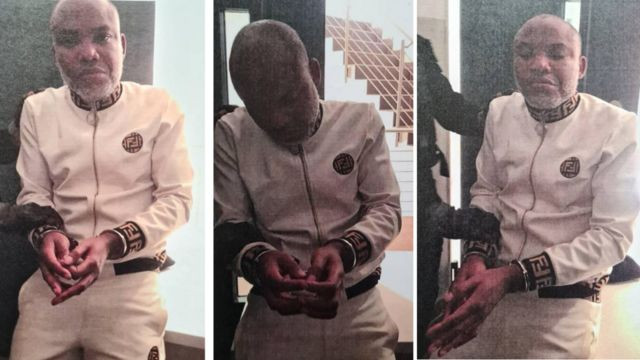 The arrest of Nnamdi Kanu, the leader of the Indigenous People of Biafra, has been verified by the British High Commission (IPOB).

Remember that when Minister of Justice and Attorney-General of the Federation, Abubakar Malami, announced the arrest of IPOB leader Nnamdi Kanu on June 29, he did not say how or where he was captured.

Kanu was not apprehended in the United Kingdom, according to Dean Hurlock, a spokesperson for the British High Commission, who confirmed Kanu’s detention to TheCable.

Nigerians are the problem of the country – President Buhari