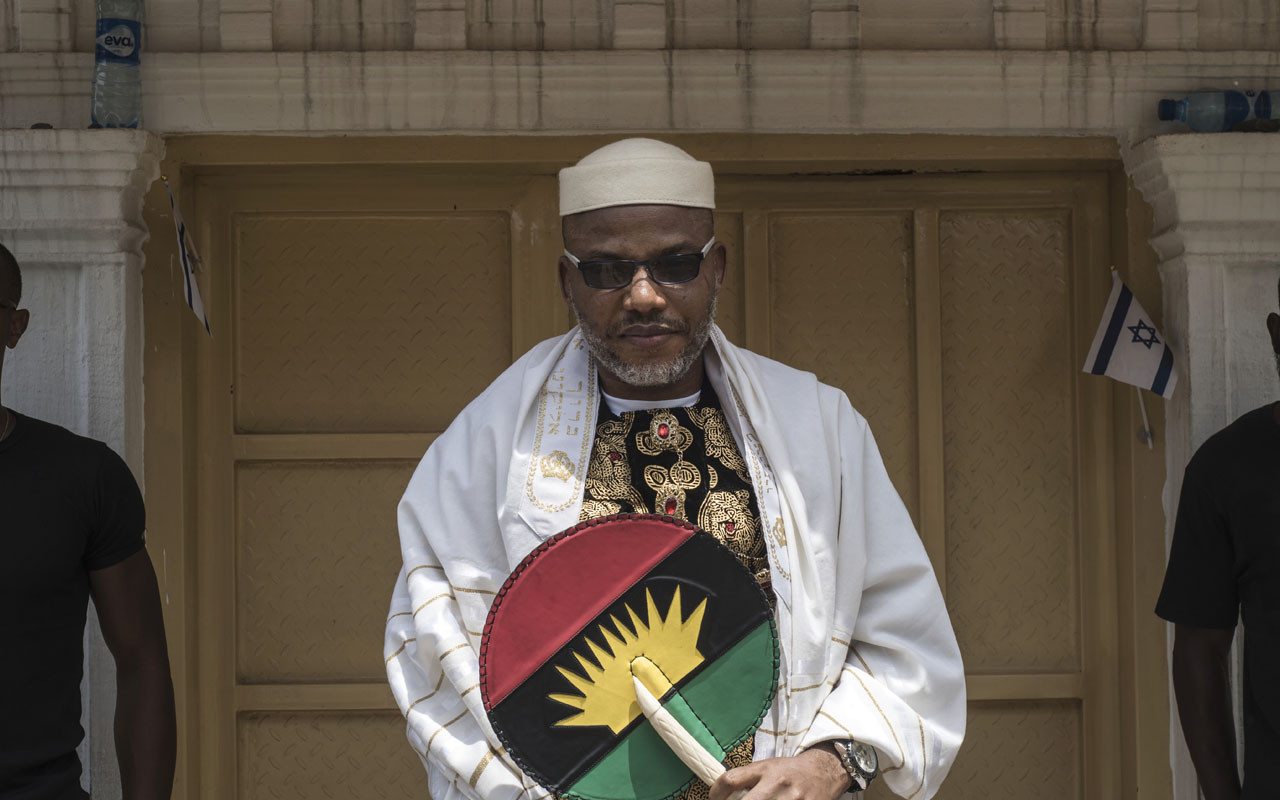 Family of the leader of the proscribed Indigenous People of Biafra (IPOB) Nnamdi Kanu have raised an alarm over the presence of soldiers in their hometown, Isiama Afaraukwu in Umuahia North Local Government Area of Abia State.

Nnamdi Kanu’s younger brother, Emmanuel who spoke to The Nation on Wednesday November 25, said residents have become apprehensive by the soldiers’ presence.

Emmanuel stressed that Afaraukwu is yet to recover from the shock and trauma of an alleged 2017 military invasion and further added that they are not comfortable with soldiers patrolling the “peaceful” community.

“We don’t want what happened at Lekki to happen again in our community.”

Brother of the secessionist group’s leader also called on military authorities not to deploy soldiers in the peaceful community to avoid ”intimidation and harassment of innocent residents and indigenes.”

However an officer at the 14 Brigade Headquarters who did not want to be named, dismissed Prince Kanu’s claim and also stated the soldiers were carrying out their legitimate duties.

Appealing to members of the community and public to go about their lawful business, the military source insisted that it is only someone that has a ”skeleton in his cupboard that will be agitated.”

Case adjourned as Adamu Garba and his lawyers fail to appear in court for hearing in his $1bn suit against Twitter owner, Jack Dorsey

‘Shame on all of you’ – Singer, Simi attacks Nigerian leaders over lingering ASUU strike