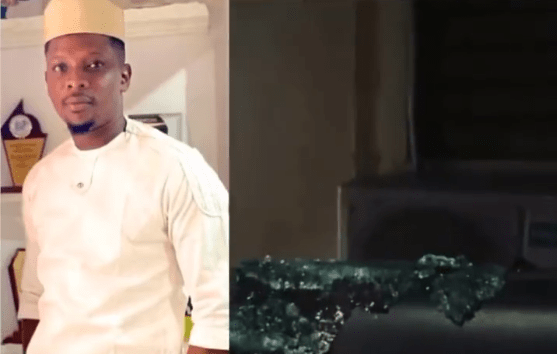 Salami Rotimi, a Nollywood actor, was robbed at gunpoint in Lagos’ Mile 2 neighbourhood on Monday, July 12.

After others on the scene raised an alarm, the thieves who smashed his car’s passenger window escaped with a phone they stole from him, according to the actor.

Salami further advised people who have his phone number not to reply to any Whatsapp messages or do business with him without first speaking with him.

I’m not in any danger.

When I refused to whine down, 4 extremely young lads appeared out of nowhere and broke my vehicle window with a pistol in between trailers in a standstill traffic.

Threatening to shoot me and my younger brother if we don’t put our phones down. People came up and pursued them down, but they fled with two standby motorcycles sitting on the other side of the road, thank goodness I was slow to drop both phones. I gave one, and as I was attempting to disconnect the other and handed it to them, people showed up and chased them down.

Please note that you should not reply to any WhatsApp messages sent from this number.

Also, please contact me personally before doing any business with me at this time.

That phone is in the hands of those guys, and they can do whatever with it.