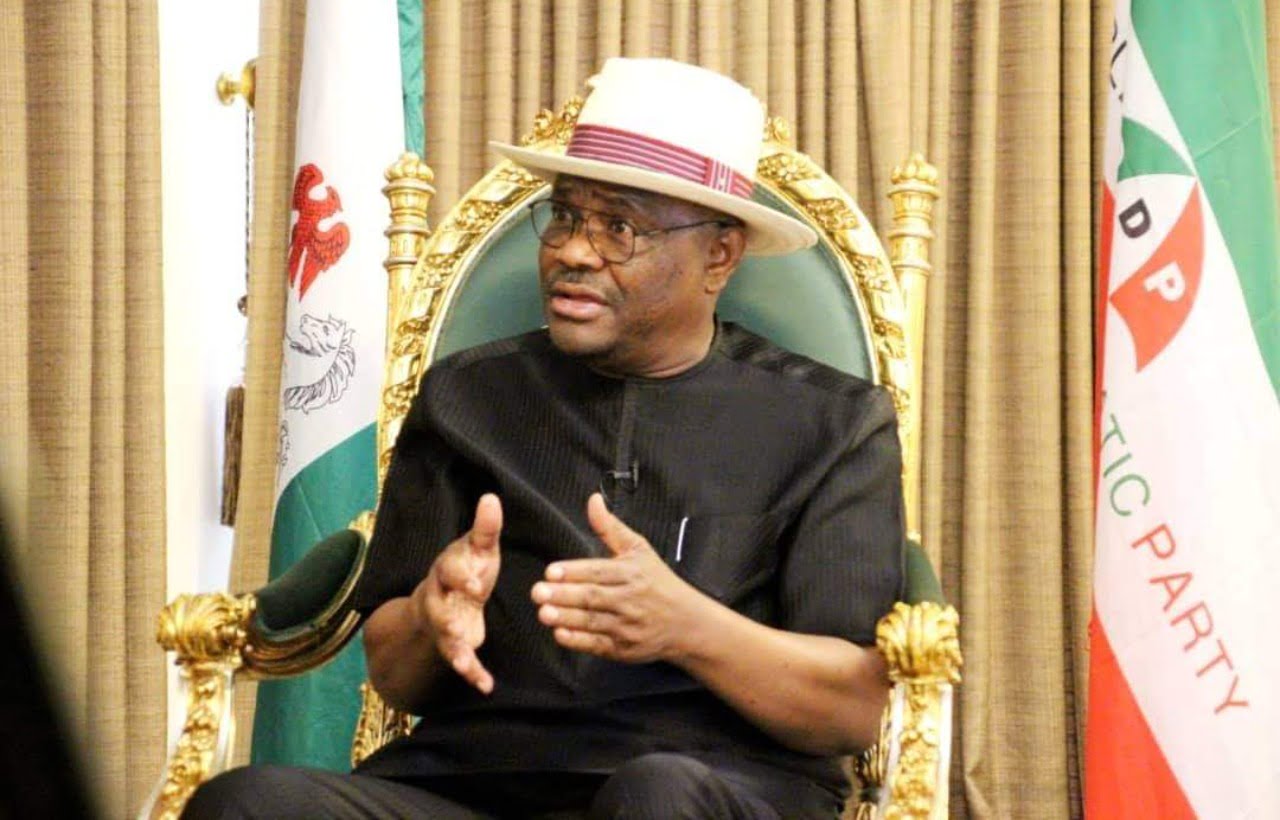 Rivers State Governor, Nyesom Wike has challenged anyone to show him one federal government project in Rivers State since 1999

He hinted that the state did not benefit anything from the federal government even when the Peoples Democratic Party held sway in the country from 1999.

The Governor was speaking on Tuesday at the commissioning of the Etche campus of the Rivers State University in Etche local government area of the state.

“Since 1999, show me one federal project in Rivers State, show me one! The Governor questioned.

He said this is despite the enormous support that the state has given to the PDP since 1999.

The Governor said Rivers State gives the PDP its highest votes in every election cycle since 1999.

He challenged any state with a contrary view to come forward.

The Governor claimed Rivers State must, therefore, get a fair share from the PDP, failure of which the party should “forget” the votes from the state.

He said “I want Rivers people to always reflect on this, since 1999 we got the highest vote for the Peoples Democratic Party.

“I challenge any state to say they brought more votes than Rivers state.

“In terms of support for the PDP which state has given more support than the PDP?

“If you want our votes tell me what you will give to River State.

“Enough of using Rivers State and thinking that we don’t have anything to do with our money. Thinking when they bring the votes you will push them away.

“I’m only interested in my state, nobody can buy me, I’m not going to look for a position at the federal level.

“If you don’t tell me what the state will get, then forget it.

ASUU backs NANS on protest over strike, says students fighting for their rights

Comedian, Kenny Blaq gifts self a mansion on...