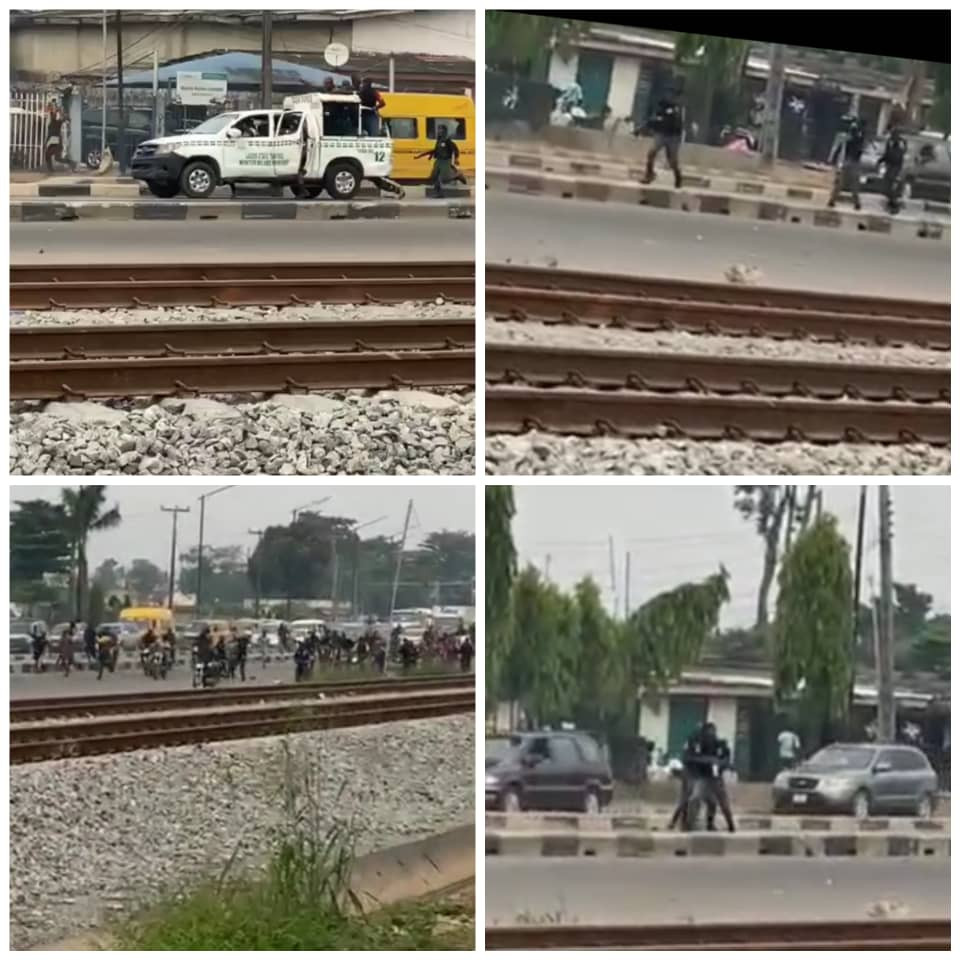 Police officers took to their heels today November 18 after Okada riders pursued them along the Lagos-Abeokuta Expressway in the Ikeja area of Lagos state.

In a viral video, scores of motorcycle riders were seen chasing the security operatives who retreated to their operational vehicles and zoomed off immediately. The task force members were in the area to confiscate motorcycles violating the traffic rules in the state.

This incident comes barely 24 hours after some other motorcycle riders clashed with task force officers in the FESTAC area of the state.

Watch the video from today’s incident below

Toke Makinwa’s nephew thinks she and Falz will...