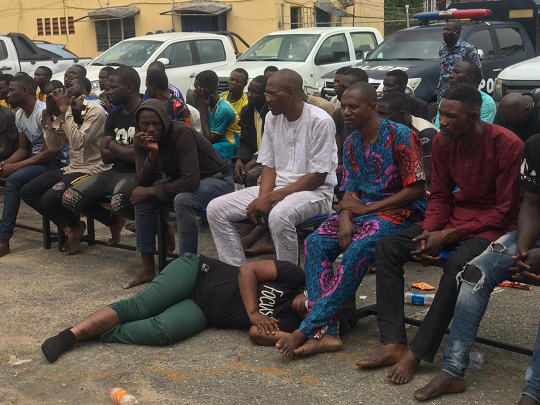 The demonstrators detained at the Yoruba Nation event in Ojota on Saturday, July 3 were paraded by the Lagos state police command.

The demonstrators were detained after disobeying a police order not to hold a gathering at the Ojota roundabout. The protestors had invaded the roundabout in order to organise a rally calling for the formation of a Yoruba nation.

Sunday Igboho writes to the Federal Government, requesting N500 million in compensation for damage to his home and vehicles.

President Buhari congratulates Oba of Lagos on his birthday