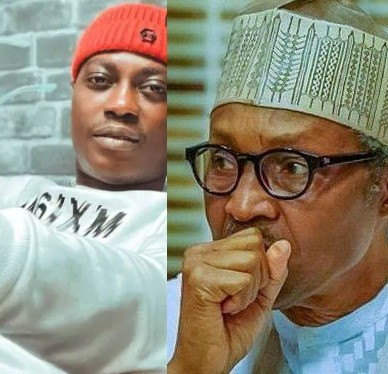 President Muhammadu Buhari has expressed his sorrow at the death of Olanrewaju Fasasi, also known as Sound Sultan, a well-known musician and composer.

After a long fight with cancer, the singer died on July 11th. He was 44 years old at the time.

The President said in a statement issued by presidential spokesperson Femi Adesina that Sound Sultan’s death was a loss not just to the Nigerian music business, but to the nation as a whole.

“As a celebrated rapper, singer, songwriter, and actor, he lived an exemplary life, achieved several career milestones, and contributed greatly to the development of the Nigerian music and entertainment industry through his artistic genius, creativity, and talent, which have inspired many young Nigerians in the industry,” read part of the statement.

The singer was kind, kind, and profoundly concerned about problems in the nation, which he expressed in his song and art, and as an ardent basketball lover, he made significant contributions to the development of local basketball in the country, according to the President.

The President prayed for the soul of the deceased’s everlasting rest, as well as heavenly peace and consolation for his family, friends, and colleagues.