Popular rapper Blaqbonez has blasted Carter Efe as their feud over the ownership of Machala song gets intense.

It would be recalled that the comedian has been having a lot of issues with Berri-Tiga over song ownership following the success of their debut hit ‘Machala’.

Blaqbonez had weighed in on the issue, wondering how someone who didn’t write a song, would want 95% royalty.

This elicited a response from Carter Efe who stated they he knows Blaqbonez has always hated him and if he’s jealous about his success, he should admit so.

Blaqbonez, who declared his hatred for him, blasted him stating that he can’t be jealous of a naked comedian, adding that he spends lots of money not to look like him. 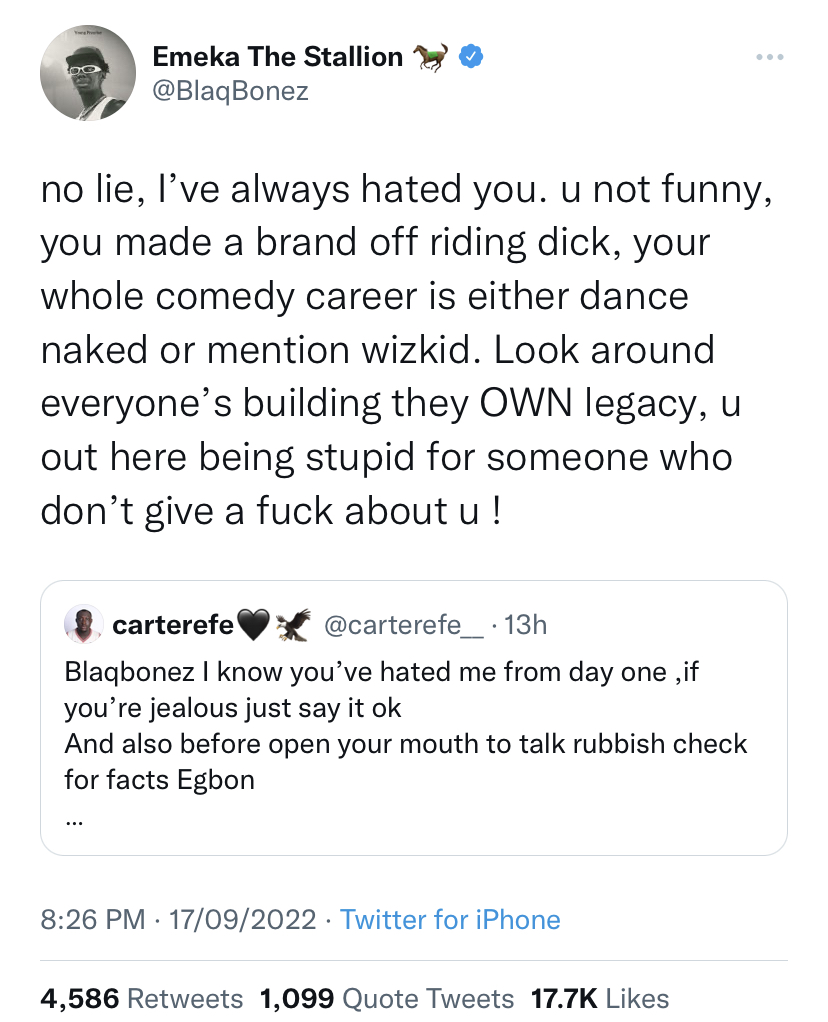 VIDEO: How to make it difficult for your ‘bobo’ to cheat on...