The self-acclaimed ‘richest girl in Nigeria’ recently took to his official Facebook page where he shared a photo of himself alongside a caption that conveyed self-applaud.

Sharing the picture, he wrote: 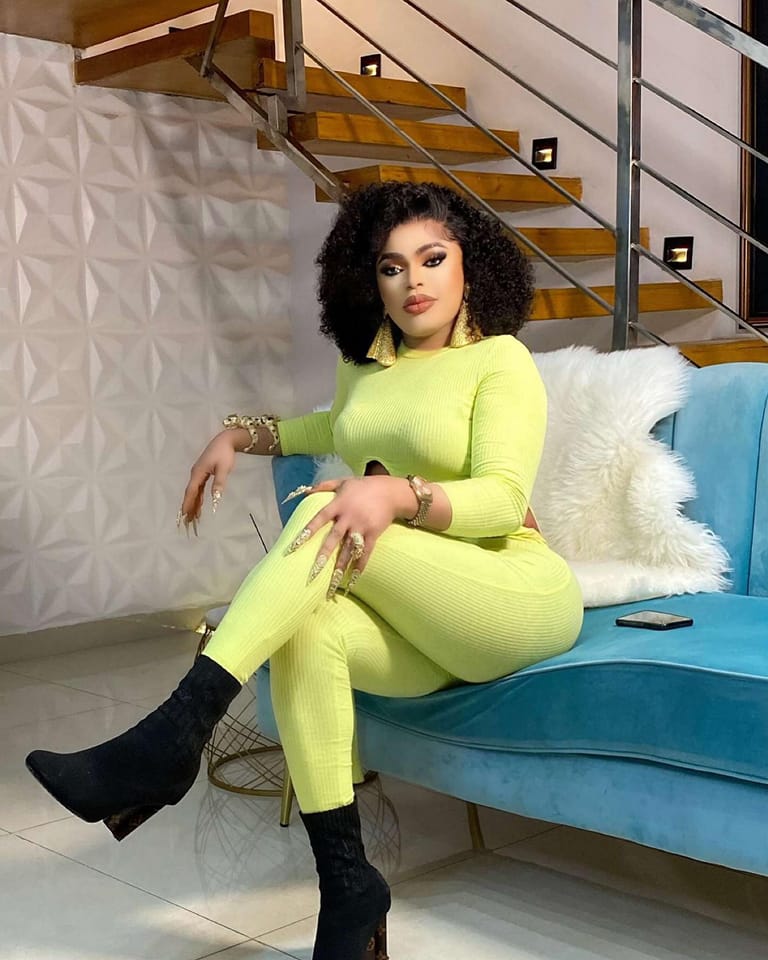 Unfortunately for Bobrisky, social media users noticed an anomaly in the photo and subsequently descended on him.

All Berlin wrote: “This guy is spending much money on the body but trust he will regret sooner or later lazy boy instead of using your hand to work look at you 😭”

Omachi Ibrahim wrote: “Senior man, the lord said, touch not my anointed and do my prophet Joseph harm. That thing between your legs, touch it not and do the prophets no harm. E get why😕”

Winstar Mara wrote: “I will confirm is she’s a baddie when he posts unedited pictures of herself”

It is important to note that this isn’t the first time Bobrisky is getting mocked due to his photos. The crossdresser also became a laughing stock for netizens after he rolled out his first birthday photo in which his hands appeared a bit weird, and as expected, he wasn’t spared.

Yul, Rita and Uche Edochie’s message to May on birthday stirs mixed reactions