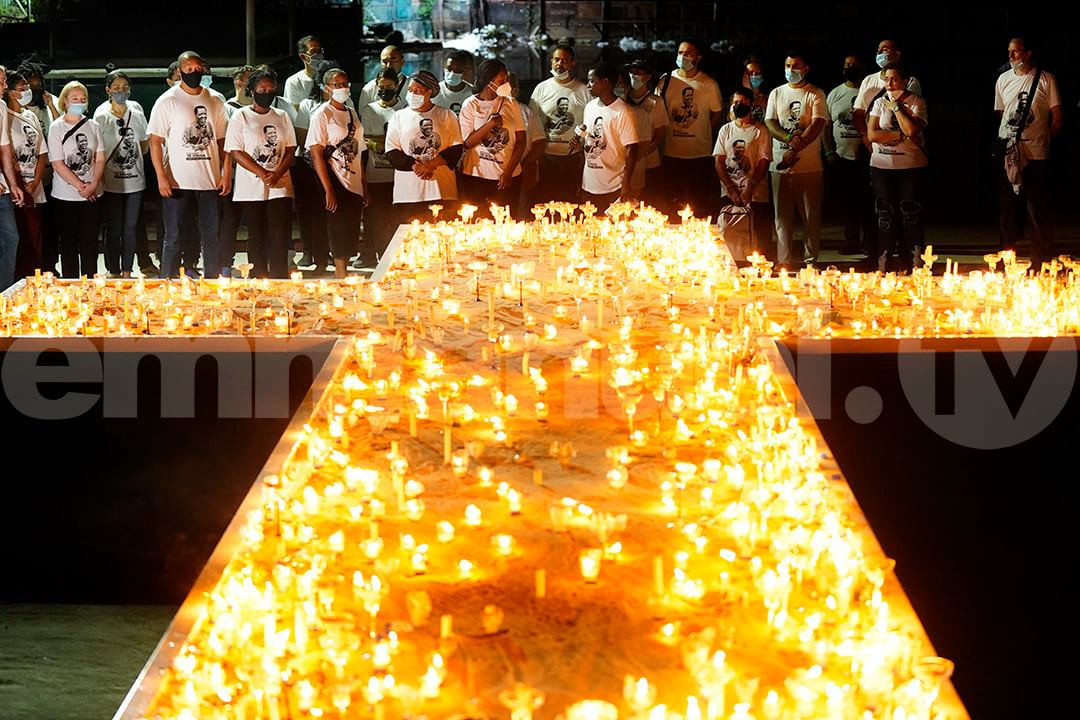 On Monday, July 5, 2021, a fire broke out in the Synagogue Church of All Nations (SCOAN) headquarters.

The fire broke out barely an hour after the church’s late founder, Prophet T.B Joshua, was honoured with a candlelight parade.

The procession, headed by TB Joshua’s wife, Evelyn Joshua, started off the week-long funeral rituals for the late TB Joshua on Monday evening.

Thousands of people turned out for the event, which began with “three contemplative laps of The SCOAN Prayer Mountain in honour of Prophet T.B. Joshua’s memory.”

Members then met at “the Junction of the Cross” to extinguish their smouldering candles.

On the night of the late founder’s candlelight procession, a fire destroys the Synagogue Church; the Church responds.

At about 11 p.m., after the candlelight ceremony, a fire broke out in the SCOAN complex’s storeroom.

The church acknowledged the event on Facebook, claiming that it was caused by an electrical problem that was swiftly resolved before authorities from the Lagos State Fire Services arrived.

The following is a copy of the official statement that was released on Facebook:

A small electrical fire broke out in a storehouse inside The Synagogue, Church Of All Nations (SCOAN) compound late Monday evening, July 5, 2021. There were no injuries as a result of the situation being swiftly brought under control.

The SCOAN has worked closely with appropriate government authorities, including the Lagos State Fire Services, who were on the ground at the time of the tragedy, to prepare for the weeklong services commemorating Prophet TB Joshua’s life and legacy.

We are grateful for God’s continuous protection. We want to reassure the people that there is no need to be concerned, and that the services honouring Prophet TB Joshua’s life and legacy will go on as planned.

“Nothing can happen to God’s children that is beyond His control.” – Joshua TB

Mr. President, I repeat, is the one who is causing instability in our nation – Gov. Ortom says

18-year-old student of AAU allegedly kidnapped on her...