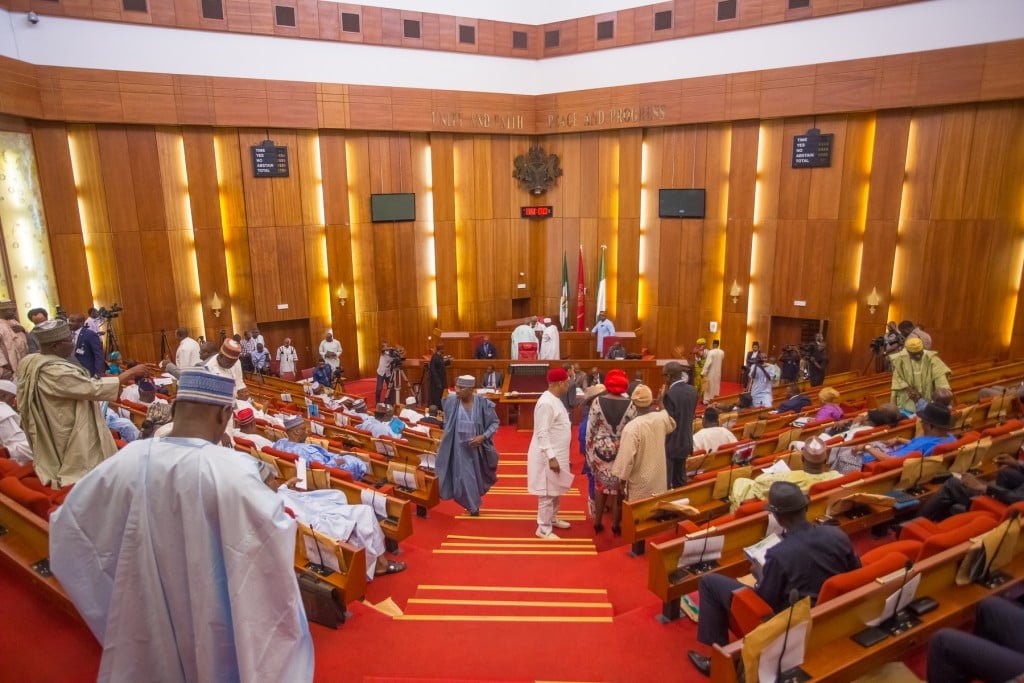 The Nigerian Senate on Monday called for the expeditious trial of crude oil thieves, saying their actions amount to economic sabotage against the people and the nation.

Senate President, Dr Ahmad Ibrahim Lawan made the call at a meeting with Security Chiefs in Abuja, lamenting that crude oil theft has badly affected the country in fulfilling its annual projections.

DAILY POST reports that Monday’s meeting with heads of security agencies was the second since the lawmakers went on their annual vacation.

According to Lawan, security agents have fought well in dealing with bandits who were either killed or arrested alive, while such effort should be directed at dealing with oil thieves.

He said: “We want to see trials of people who are caught because, when this happens, citizens will know that nobody, no matter how high that person is, can go scot-free, if he or she decides to get involved in this kind of criminal activity.

Lawan appealed to Nigerian Courts across the country to expeditiously adjudicate cases bothering on crude oil stealing and expose those behind the racketeering that has brought the nation to its knees.

Lawan said Nigeria had lost so much of its crude oil, saying that at the last count, reports showed that the nation exported just a little above 900,000 barrels of crude oil.

“That is just about 50 per cent, It is supposed to be 1.8 million barrels per day and that is having our revenues and resources for development.

“I want to appeal to the judiciary to give special consideration, once an oil thief is taken to court, we must prosecute them.

“It is not enough to just take away whatever they have stolen and say go and sin no more.”

Lawan also commended the Armed Forces and other security agencies for the improved security situation in the country in recent times.

“We had engaged the security agencies in August.

“I am happy that after the meeting, today we have seen remarkable differences in the fight against insecurity in our country by our armed forces and we are very proud about that.

“We pray that this continues because you have started the initiative and it is for you to finish the job.

“When Mr President spoke of ensuring that we return to normalcy by December 2022, I am sure he had in mind what the armed forces is doing recently.

“I believe the armed forces and other security agencies have everything in terms of morale and determination but we still have to give moral support,” Lawan said.

2023: Be wary of politicians seeking frivolous injunctions – Abiodun to Judiciary