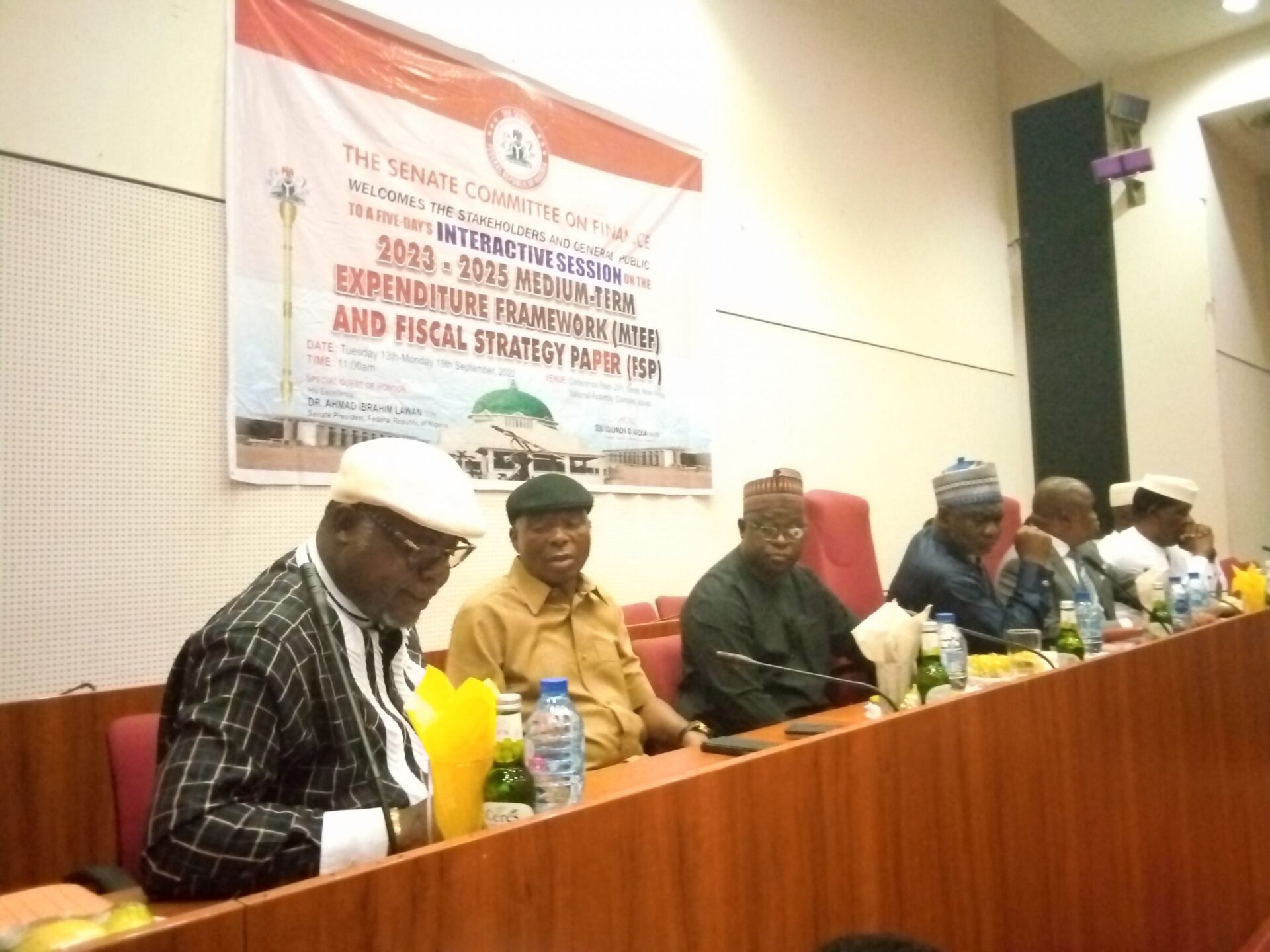 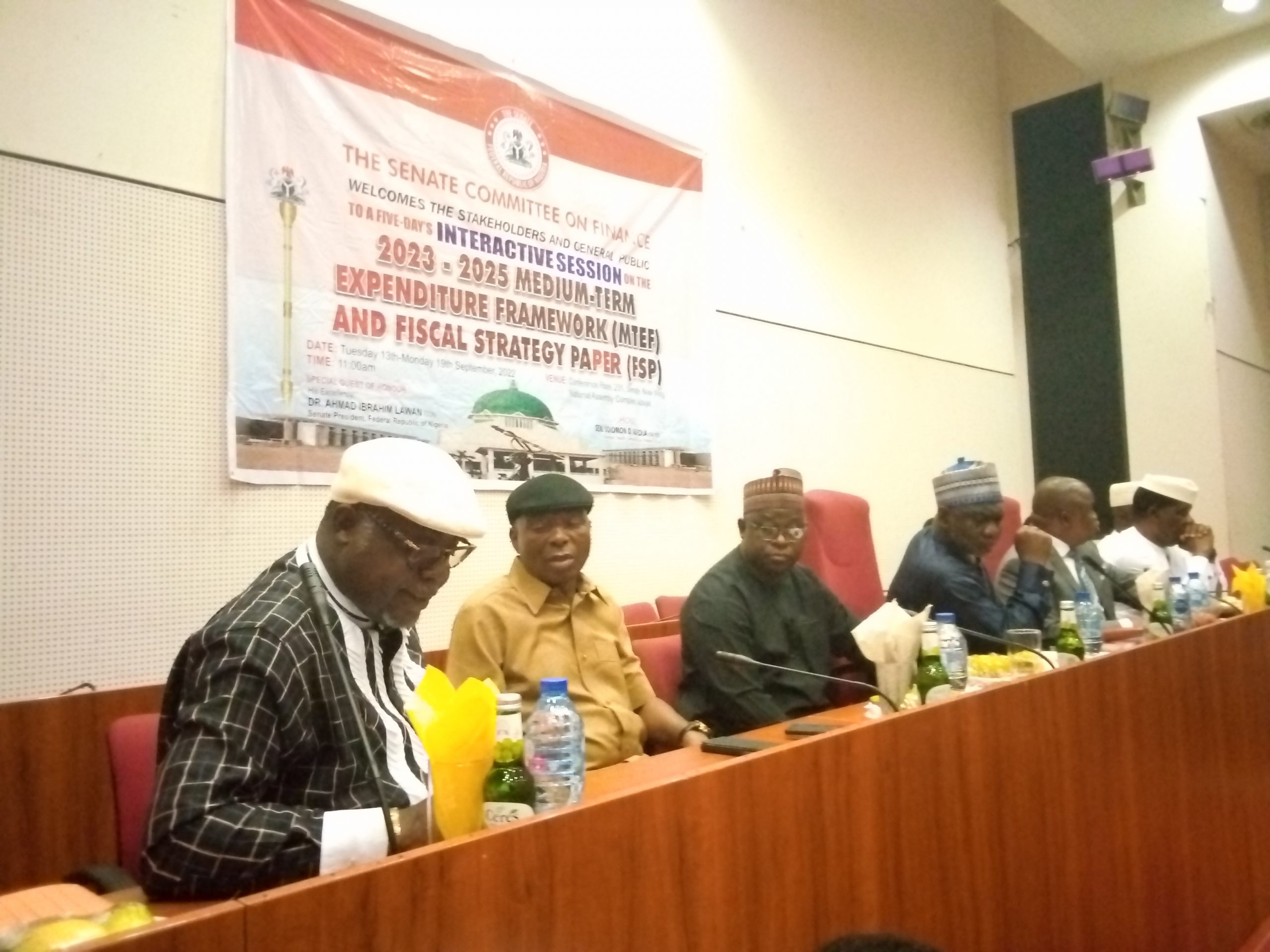 The Nigerian Senate Committee on Finance Wednesday threatened that any agency of government that wouldn’t meet the target of its statutory responsibility will be met with the Stephen Orosonye report.

Chairman of the Committee, Senator Solomon Adeola Olamilekan, stated this during a five-days interactive session on the 2023 – 2025 Medium Term Expenditure Framework”, in Abuja.

The “Stephen Orosonye Report ”, DAILY POST recalls, has recommended scrapping of numerous agencies and parastatals of government due to the lack of productivity and duplication of statutory mandates.

At Wednesday’s committee hearing, which made it the second of the five day event, Senator Adeola frowned at the supine attitude of some heads and Chief Executives of government owned agencies who could not appear before his Committee, but sent representatives who are bereft of ideas, saying that the parliament would not tolerate that anymore.

The lawmaker insisted that the upper and lower legislative Chambers would give effect to the ‘Orosonye report’ to scrap agencies that have outgrown their usefulness.

He said: “We are behind the Orosanye Report and will give it effect to scrap some parastatals that are not productive.

“These parastatals will be reduced to departments under their relevant ministries and this will help to cut costs.”

The lawmaker further expressed anger that some heads of government agencies were out to milk the nation dry by enriching themselves, noting that the parliament will stop waste and leakages at all costs.

He noted: “Many agencies of government are enriching individual pockets of Chief executives at all levels and that would be reduced drastically. I believe that will be the way out and we are seriously considering it.

“We make sure that in this year’s budget, we start something like this before the President brings his budget. If it will work, it will be the best for us.

“Many of you should prepare for our strongest recommendations that the agencies should pay all costs of collection. We are doing this to FIRS; we are doing it to Custom and nothing will stop us from doing it to other MDAs, NIMASA, NCC. We thought again to FIRS 4% and they still bring their internal budget to the tune of N265 billion. NCC, despite not giving them cost of collection, their total budget for the financial year is well over N600 billion.

“So, all of these, we have to try as much as possible to lower the temperature. It can no longer be business as usual. We have tried; we have assisted; we have called and appealed; we have done all we could to bring everybody to the table and let them understand the current situation of things in the country.

“But to our greatest surprise, nobody seems or wants to listen and it’s on that note that we as National Assembly are looking in that direction to take drastic action to stem the tide of wastage in the system.

“Also, we inform the government that the issue of granting waivers to the tune of N1.6 billion and we are borrowing the sum of N11 trillion, there’s no way we can cope with that.

“What the waiver mean is that some people will not pay duties or other charges and instead of making provisions for them not to pay the humongously amount of money at the detriment of Nigeria, and most those granted waiver ended up being traders rather than encouraging manufacturing and production and since the objective of granting waiver cannot be achieved, it is only right and proper to cancel anything waivers.

“If you cannot meet your target within five years, pack your load and go. Enough of wastage, enough of leakages because we cannot grant pioneer status.

“I know many Chief Executives are too big to appear and they will look at us and say I have N5 billion to control and who is this Senator asking us to appear.

“Some people were in my office appealing that their Chief Executives are not around, that I should tamper justice with mercy and allow them to represent their absentee Chief Executives.

“This is a parliament. This is the highest law making body in the land. Most of these Chief Executives are cleared by us. Why are they now bigger and turned against us?

The meeting continues on Thursday.

“Why I and my wife weren’t on talking...