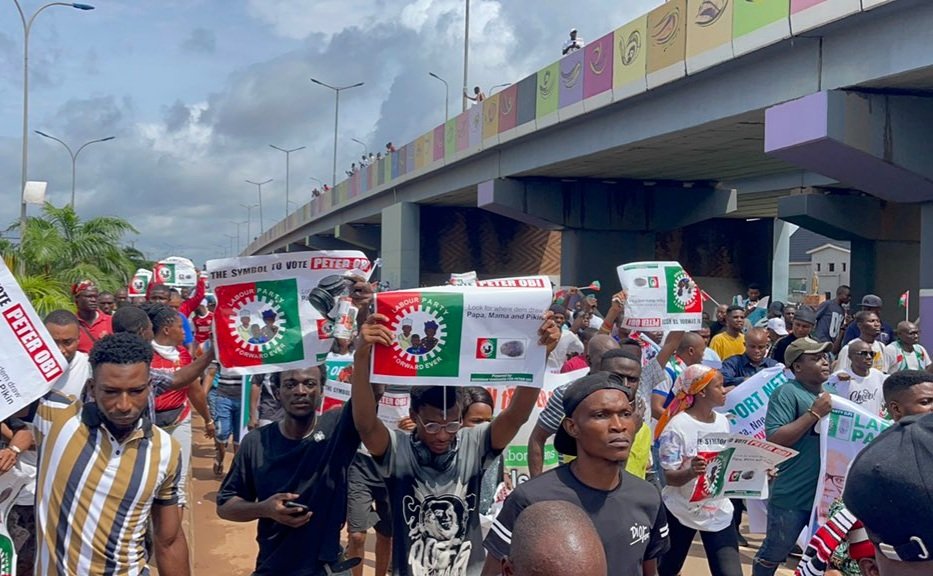 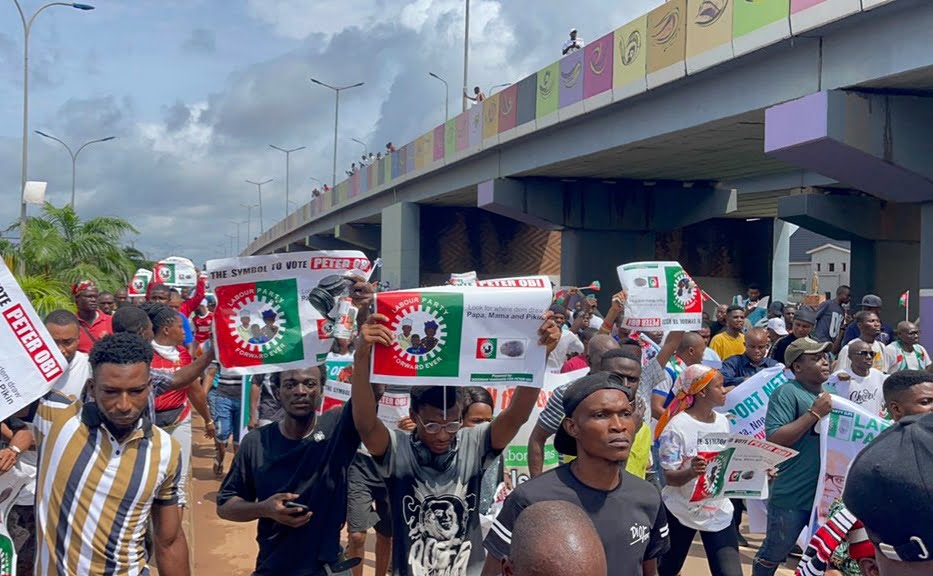 Thousands of Peter Obi’s followers on Saturday marched around Abakaliki, the capital of Ebonyi, despite an attempt to stop them.

The youth-led movement, better known as Obidients, recently embarked on a nationwide rally for the Labour Party (LP) presidential candidate.

Today, the massive gathering regrouped after a detachment of police operatives tear-gassed them in the morning.

They carried banners with images of Obi and his running mate, Datti Baba-Ahmed, and chanted solidarity songs.

The supporters also declared there must be a generational shift after the 2023 general elections. “We are the structure,” some said.

Governor Dave Umahi of the ruling All Progressives Congress (APC) has denied ordering the disruption of the rally.

But critics are accusing Umahi and his administration of misusing state apparatus and sponsoring thugs to cause chaos.

Some have likened the situation to the October 2020 End SARS rally which hoodlums hijacked in Lagos and some other states.

The people of Ebonyi state won my heart today, despite the intimidation from their Governor Dave Umahi, they prevailed!

The statement is loud and clear! Ebonyi is OBidients!#1MillionMarch4PeterObi pic.twitter.com/UDIGNj6ErJ

Why interest in BBNaija has declined – Catholic priest, Ugwu

There will be no increase in taxes –...

Wizkid’s bodyguard, Roy, cries out for help after...