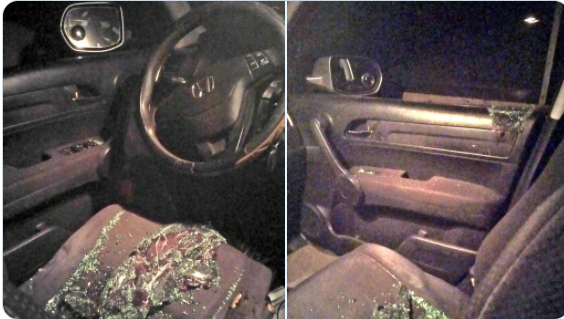 A Twitter user has narrated how he was nearly robbed by traffic robbers who attacked him at Ijora area of Lagos.

@celestocalculus said the robbers were unable to steal from him after breaking both of his car’s side glass. He revealed that he got out of the situation before it got worse.

Got home unscathed & they didn’t succeed in taking my phone, after breaking both my side glass. Their crazy met an even crazier crazy. Thankfully I somehow got out of the situation before it got worse.

Stuck in traffic & wasn’t sure if I was going the right direction, so I pulled out my phone to check the map. Wrong move. Almost immediately, I noticed 2 boys hovering on bot sides of my car. I quickly threw the phone under my seat & quickly worked out a strategy not to get hurt.

#EndSARS protester, Eromosele Adene has been released from...

Floyd Mayweather comes out of retirement again as...