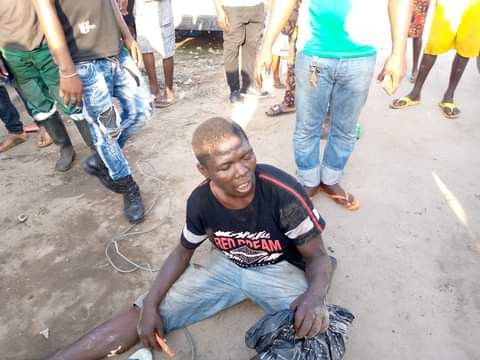 Two suspected traffic robbers have been arrested by the Mile 2 Community Security Team in Lagos.

The suspects were reportedly arrested at Mile 2 bus stop around 5:30 p.m on Thursday, October 15, while allegedly dispossessing passengers of their valuables in traffic.

The arrest was led by the commandant of the community security team, Prince Ajele Abeyi Abayomi poularly known as Ikomodina Ecomog.

Amotekun ‘arrests’ 400 cows in Ondo in “Operation Clean Up”