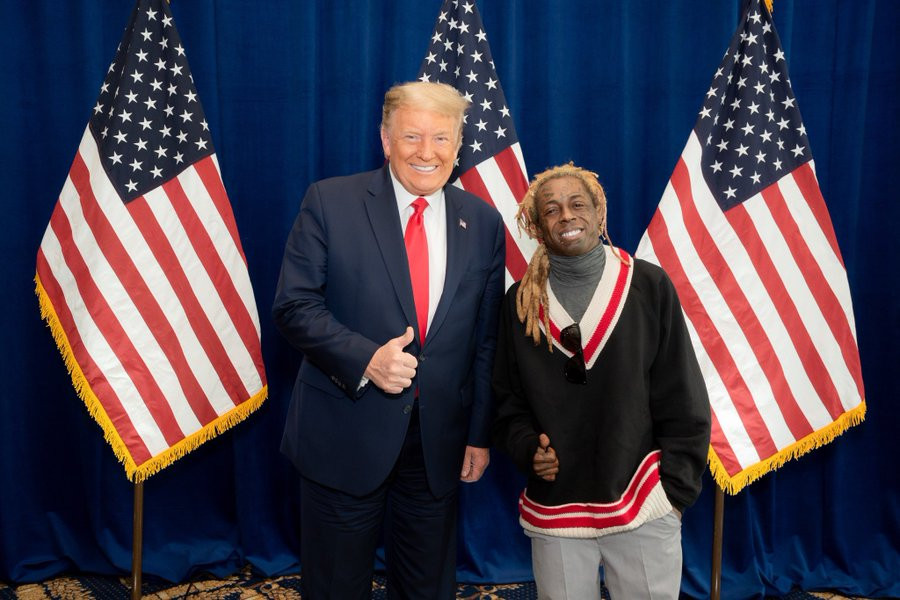 Grammy award winning rapper, Lil Wayne, has publicly endorsed US president, Donald Trump, few days to the US presidential election, after reportedly having a meeting with the US leader in the White House.

Late on Thursday night, October 29, Lil Wayne tweeted a photo of himself standing beside  the US President, seemingly endorsing Trump and his “Platinum Plan” to create wealth and prosperity in the Black community over the next four years.

“Just had a great meeting with @realdonaldtrump @potus besides what he’s done so far with criminal reform, the platinum plan is going to give the community real ownership. He listened to what we had to say today and assured he will and can get it done.

In the photo uploaded by the rapper, the two stand next to each other giving thumbs up signs.

Lil Wayne is the latest in a surprisingly long line of black rappers who’ve extended an olive branch to Trump. Kanye West, 50 cent and even recently, Ice Cube – revealed he’s been working with Trump on the aforementioned “Platinum Plan” and his own “Contract For Black America”.

BBN star, Ike recounts why he is currently...