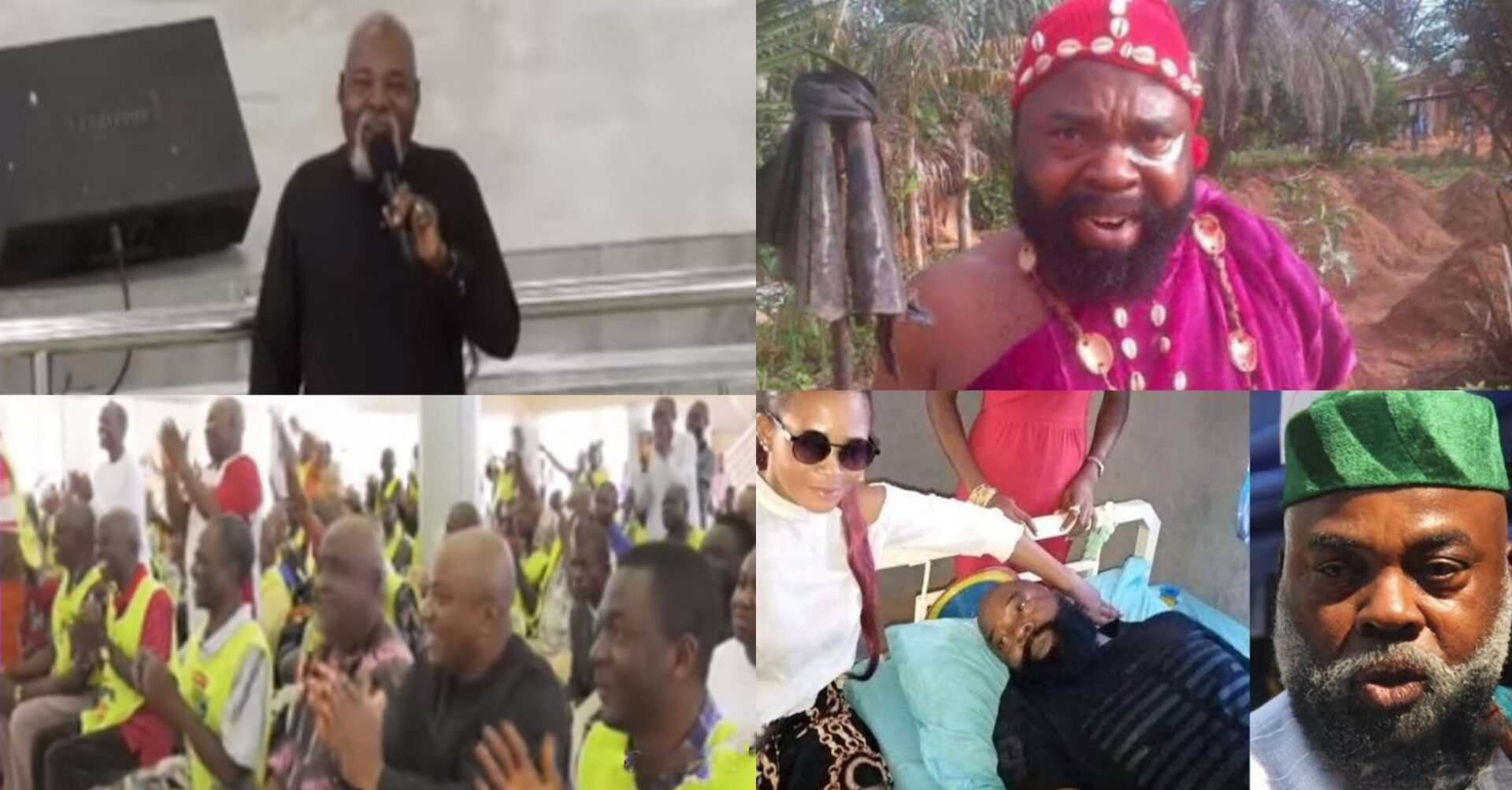 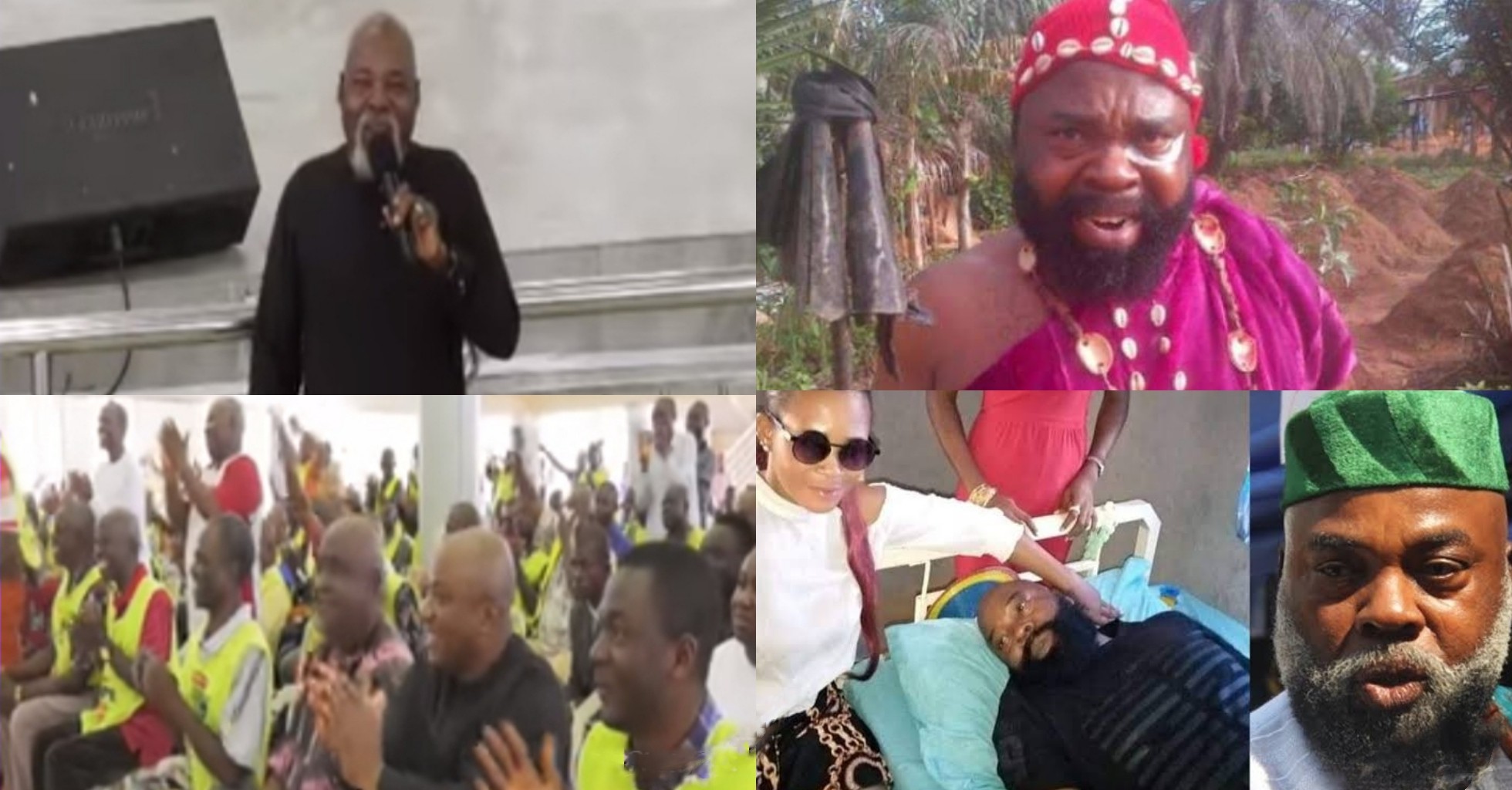 Veteran Actor, Prince Emeka Ani who is known for acting the role of chief or oracle priest in Nollywood movies, was seen in church sharing testimony after long battle with several ailments.

The Nigerian Actor has been in news for the past few years after reports of him battling diabetes, stroke, and cataract went viral on social media. A video of the actor pleading with Nigerians to help him was shared by Yul Edochie

In a new video making the rounds online, Emeka attended the Lord’s Chosen Charismatic revival ministry, headed by Pst Lazarus Muoka, in Lagos, to share the testimony of his life.

Emeka who was seen on the altar in church, said his predicament began in December 2020. He attended a burial ceremony in his village and 2 days after, he had a sign of boil in his buttocks. After a meeting with his doctor in Owerri, an operation was to be carried out.

After the operation, the soar refused to heal due to diabetes. Emeka recalled how he spent 7months in the hospital. According to him, he had to tell the doctor to discharge him so he could seek other means to heal his wounds.

He left Owerri and landed in Enugu in June 2021 and he was diagnosed with stroke.

Emeka said he contacted the Servant of GOD, Pst Lazarus Muoka of the Lord’s Chosen Charismatic revival ministry , telling him he was coming to Lagos to meet with him.

According to him, Pst Lazarus Muoka prayed for him and told him he will come back to testify.

After his encounter with the Lord’s Chosen, Prince Emeka Ani who could not sit for almost 2years, thanked God for healing him.

Days after calling for peace, Yomi Fabiyi’s babymama reveals he body-shamed her after childbirth

Dunsin Oyekan breaks silence on the news of...