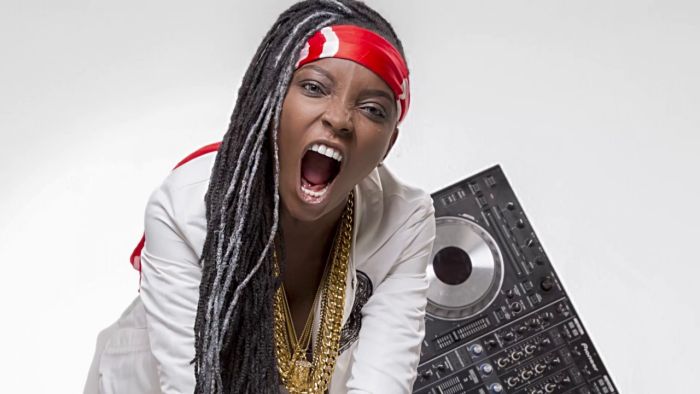 Popular Nigerian DJ, Switch, has opened up on what happened in Lekki on Tuesday night.

In a video she posted on her Instagram page, Switch asked the authorities not to insult the intelligence of Nigerians when giving their own account of what happened on that day.

According to her, the military aimed at endsars protesters as they fired gunshots. She also said that SARS officers came in after the military had left and also attacked them.

According to Switch she and others present counted over 15 bodies.

People were falling left and right. Yes there were soldiers there. Another part that people are not talking about is that the police also came. The SARS people we are talking about, they also came, some maybe 40-45 minutes after the soldiers left.

We were teargassed. The teargass was like Cotonou pepper mixed with acid. We were running. We would run and we would come back and the only thing we fought with was our flags. We would sit on the floor and we would raise or hands up, raising our flags and singing the national anthem. That was all we had.

They put off the lights. Even if there was no power in that axis, there was always light at the tollgate. There was no lights. The street lights were off. It was pitch black.” she said

She is my Friend, not my husband’s wife – Regina Daniels reacts to reports that her husband has taken a 7th wife