Kemi Olunloyo had earlier alerted her followers to stay woke and expect a sad news which she believes will be game changing for her. The notice left netizens wondering what she wanted to share at 11am.

To her fans utmost dismay, Kemi was just preparing her farewell message to people on social media. She lamented about how social media has been disadvantageous on her side, talking about lies, defamation, and misinformation has been an everyday concern in Nigeria.

She revealed that she has been deemed a drug addict in the past 10 years and it has led to losing big job openings in America.

In response to this, she had decided to end her drug abuse prevention campaign in Nigeria on 15th September, 2022 and also planned to delete all her social media accounts after 30th September.

Read her statement below: 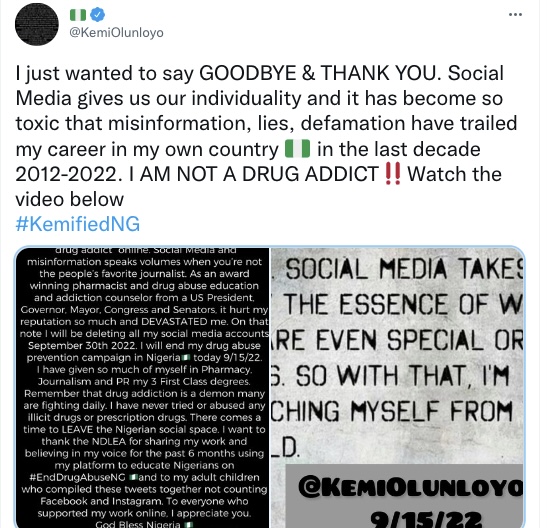 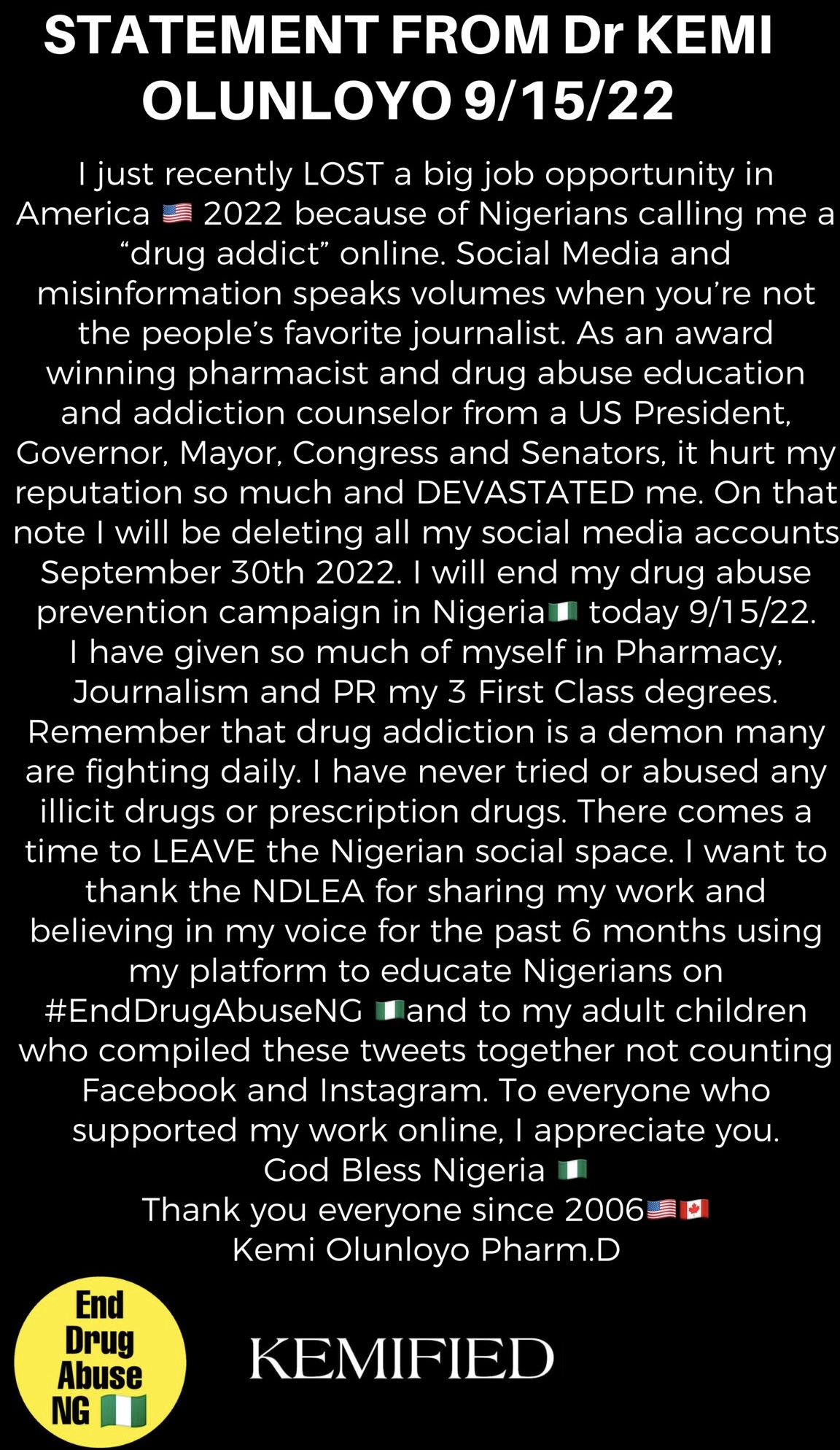 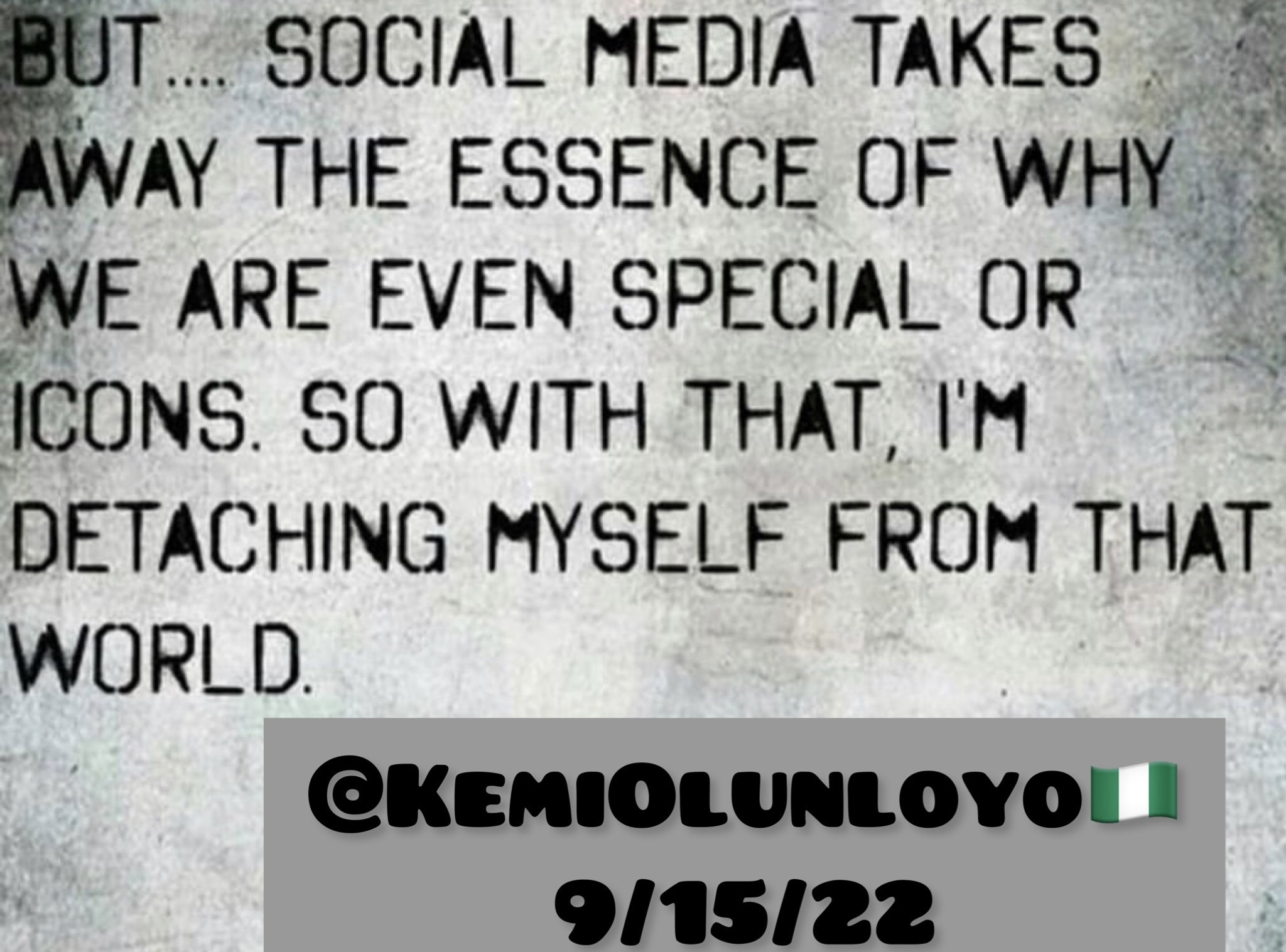 Kayode – I Don’t Want Your Love