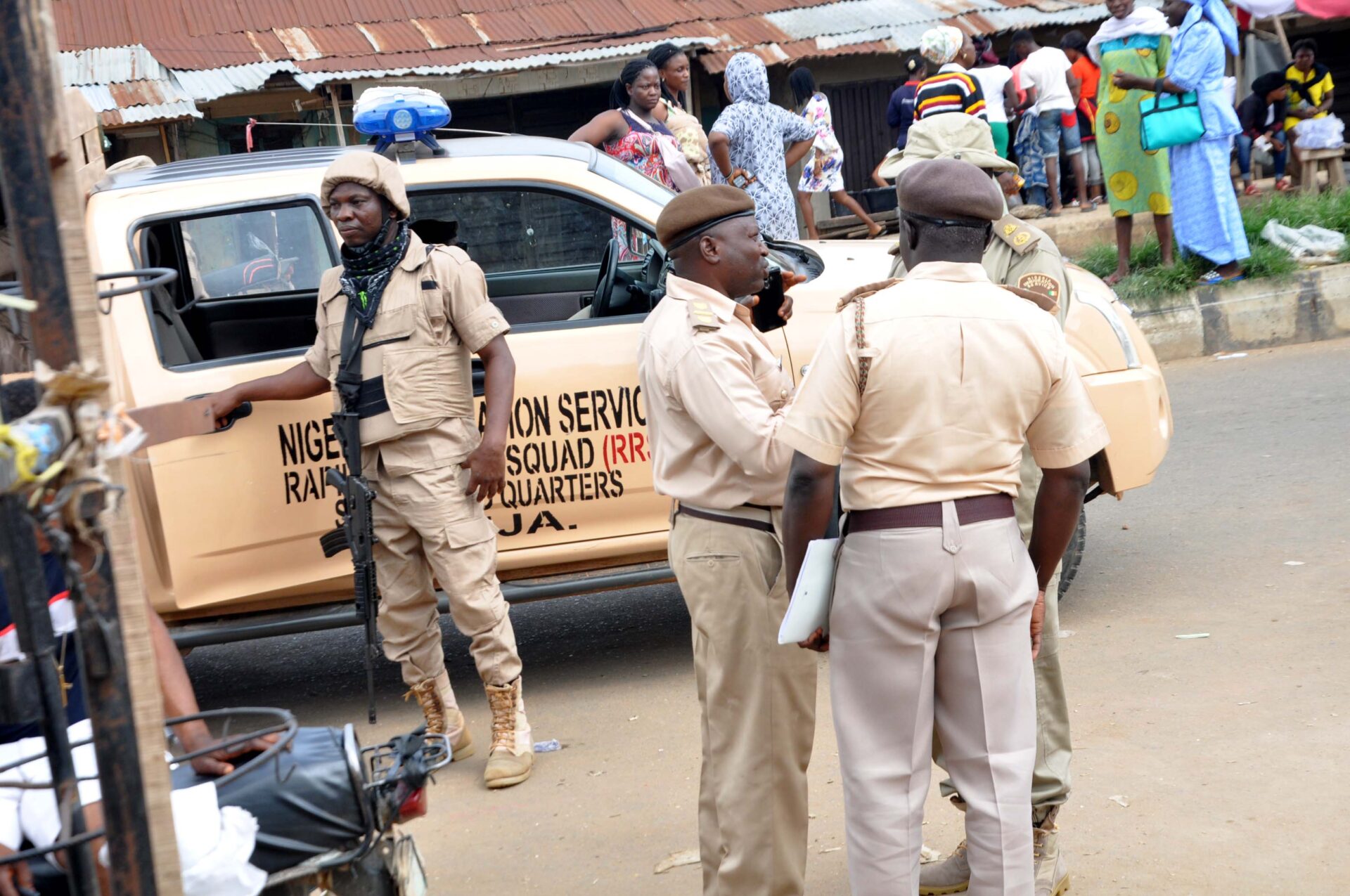 Operatives of the Nigeria Immigration Service of the Bayelsa State Command, on Monday, offered reasons behind the arrest of illegal immigrants in the state.

The command revealed that their arrest is due to alleged improper travel documents, residence cards and permits.

DAILY POST, gathered that the raid, which is tagged “Operation Flush” was jointly carried out with the State-owned security outfit known as Door Akpor, which is sanctioned by the Comptroller-General, Muhammad Babandede and supported by the State Governor, Senator Douye Diri.

Among the illegal immigrants being screened at the state NIS headquarters include Nigeriens, Togolese and Ghanaians.

Three of the Nigeriens were confirmed by the leadership of the Association of Nigerien Citizens in Nigeria to be without proper documentation.

It was also gathered that the exercise is expected to investigate foreign nationals and expatriates working within the state.

Operatives of the NIS have also been deployed to coastal communities and local government council headquarters to flush out illegal immigrants.

It was gathered that the operators of the Bureau-de-change and key stakeholders were enlightened ahead of the exercise and it was conducted with a high level of civility and respect for fundamental human rights. All security agencies including the Department of State Security were informed.

The NIS Comptroller of the Bayelsa Command, Sunday James, while speaking in confirmation with DAILY POST in Yenagoa, said the alleged illegal immigrants in their custody are being screened and provided an opportunity to defend themselves with abundant verifiable evidence.

“Our intention is to flush out illegal migrants based on the approval of the Comptroller-General and we did it with the approval of the State Governor, who is the Chief Security officer of the state and to avoid misinformation and misgivings. We are not after citizens of a particular country but we are doing the exercise in the interest of National Security. The security situation in Nigeria has gotten to a point where people are tempted to point accusing fingers at the Nigeria Immigration Service that we cannot police the border properly and it is porous.”

“I have said it times without number, that there is nothing like a porous border but we have unmanned spaces. There is unmanned space in the air and the on the water. And particularly Nigeria, being the biggest nation and most populated with a vast land space. If not for technology, even United States cannot man all their borders. And we must thank God for the leadership of the NIS for deploying technology and we have the e-border technology deployed to major entry points. Nigeria is the leader in the deployment of such technology.”

Commenting on the exercise, the Chairman of the Association of Niger Republic Indigenes in Bayelsa State, Yakubu Idris, confirmed that three Nigeriens were among those apprehended without proper entry documentation.